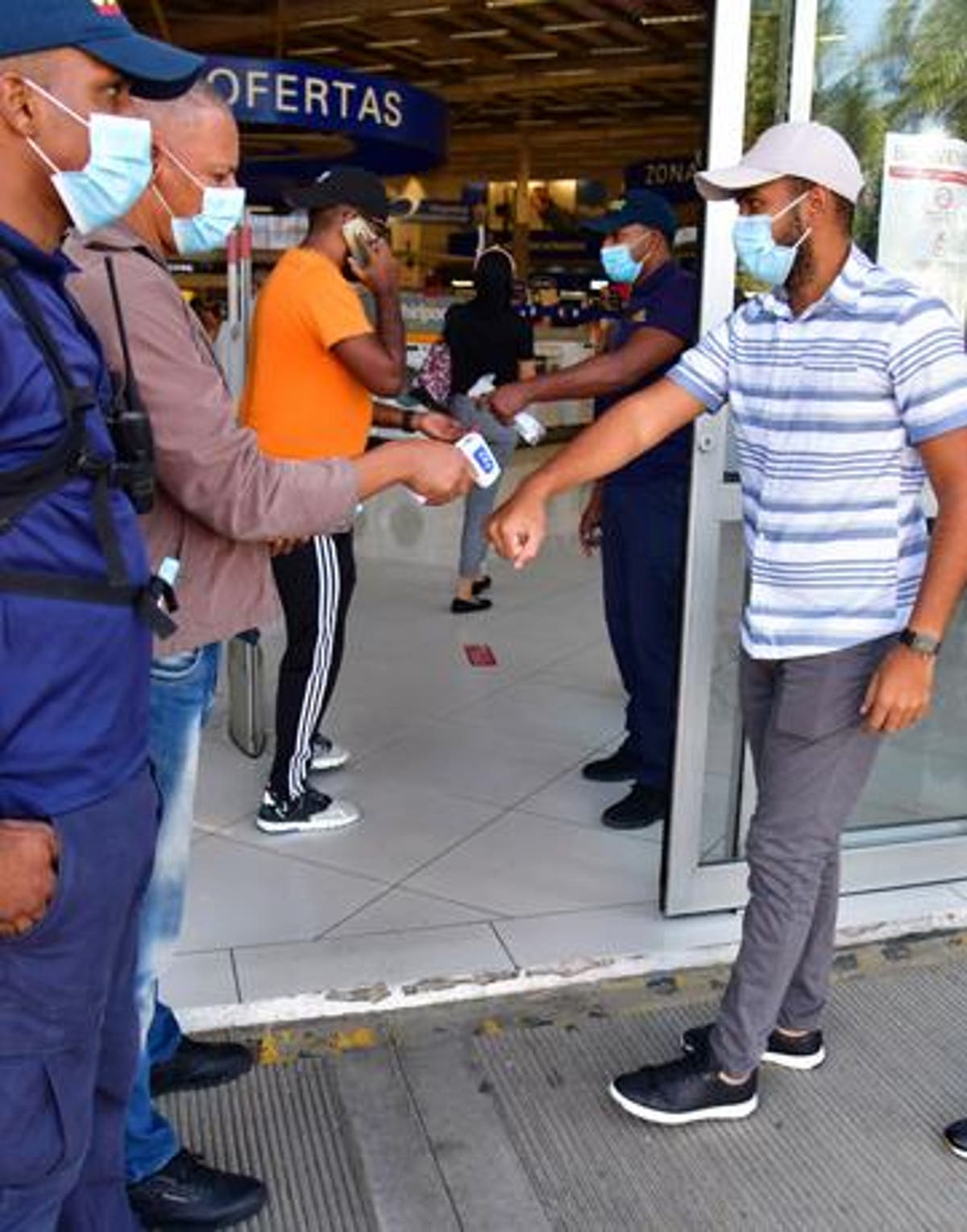 Shopping centers have staff to maintain the protocol against the virus.

The Minister of Public Health, Plutarco Arias, asked the population to be strict in applying the recommended preventive measures against the Covid-19 virus by going to stores today in search of the offers that are usually offered on the occasion of the Black Friday celebrations that have become a tradition in the country.

“Take care, don’t crowd, and use your mask. That they never stop wearing their mask, that they keep their distance and avoid crowds” is what we recommend in the case of going to stores and other malls,” said Dr. Arias.

He revealed that next Tuesday, there will be a meeting of the Health Cabinet to discuss in consensus the measures that would be taken given the demand for flexibility in front of the Christmas holidays.

Also, regarding the complaints of the Dominican Medical Association (CMD) of cancellations of doctors, he said that what has been done is to change management positions. “You know the president of the Medical College, we give him everything, and he is never happy because he wants us to govern with the same officials that were before,” he said.

Arias was interviewed before the start of an activity where, together with the Vice-Ministers of Health, he gave an account of the first 100 days of the Government in the area of health, during which he highlighted the control of the incidence of Covid-19, the tracking and massification of the tests, the delivery of results in less than 48 hours, the increase in health personnel and the economic savings in different lines, including 11 million pesos per month in the payroll.

He recalled that when he took office last August 16, the health panorama was complicated and confusing, with a Covid positivity of 30.8% of the samples, 1,501 deaths, difficulties in accessing tests, and the delivery of results in an average of seven days, which has changed to this day.

He said that Covid’s care protocols had been updated, and more timely response has resulted from partnerships with communities and private sector service providers.

During the meeting, which was attended by the health sector’s different authorities, each Vice-Minister offered a summary of the various actions and achievements reached in each of the areas under his responsibility.

Maternal deaths have increased this year by 32%, with 170 deaths recorded, compared to the same period in 2019.

Deaths correspond to women between the ages of 25 and 35, with an average age of 31, and have mostly occurred in Santiago, Duarte, and Santo Domingo.

In the last four weeks, 12 deaths have been reported, according to epidemiological bulletin #45, which was cut on November 7.

Mario Lama, director of the National Health Service, revealed that 47% of the deaths that have occurred so far this year are foreign mothers, almost all of them Haitian since only one of them is of another nationality.

He referred to the Minister of Health’s expressions, Plutarco Arias, that it is unsustainable that the Dominican Republic continues to solve Haiti’s health problems and that the rich countries should focus on supporting the neighboring country. He said that building the hospitals on the side of the border is a problem for the country and that these centers should be built on the Haitian side.

“The health system does not and will not deny service to any person because the responsibility of the system is to take care of everyone who needs it,” he said.