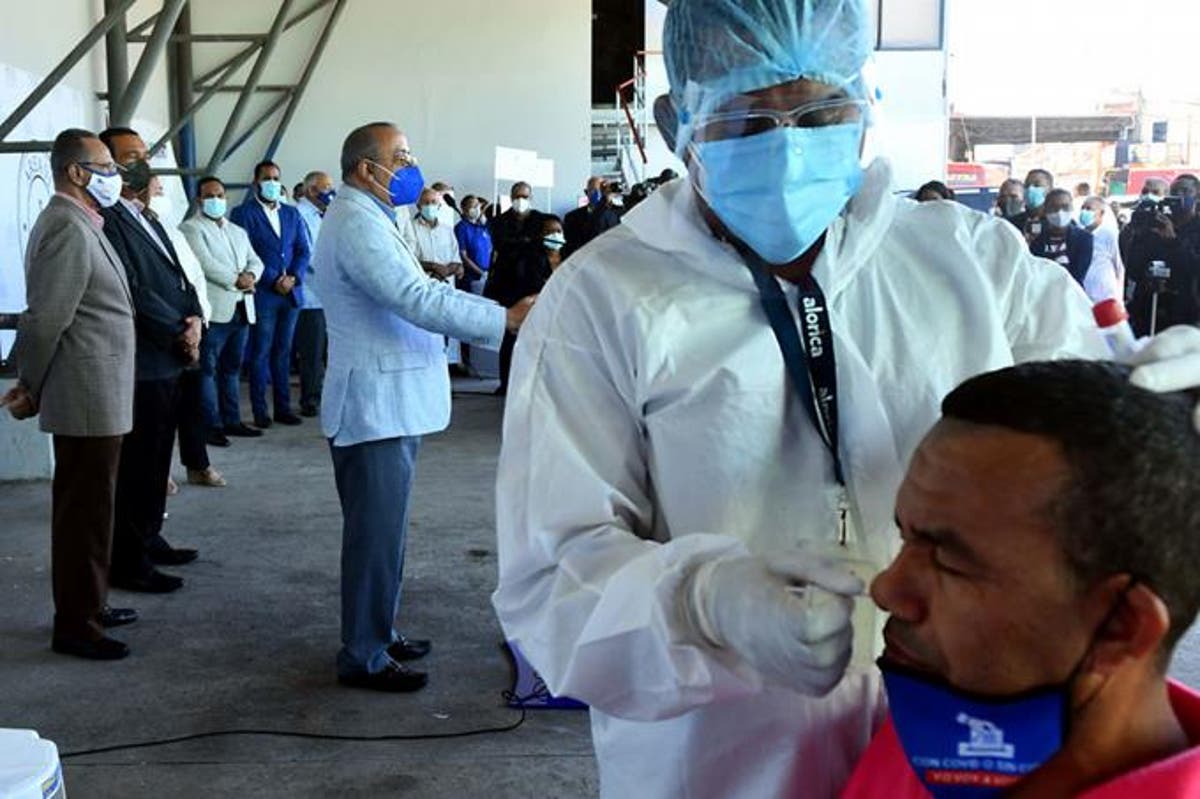 Conatra's drivers were vaccinated against influenza and samples were taken to diagnose the coronavirus.

The Minister of Health, Plutarco Arias, reported that the infected teachers in San Francisco de Macorís are under treatment.

According to statistics provided by health authorities, seven people died, and 855 were newly infected yesterday in the country.

According to the epidemiological bulletin #253 of the Ministry of Public Health, 8,014 laboratory samples were processed in the country to detect Covid, of which 855 were positive. The day before, 1,258 were infected.

Meanwhile, seven deaths were reported, but they did not correspond to the last 24 hours. Between Thursday and Friday, nine deaths were recorded.

This bulletin’s hospital occupation is as follows: there are 707 admitted for 25%; 181 are in intensive care and 81 with ventilators.

Infected Teachers
Yesterday, the Minister of Public Health, Plutarco Arias, said that the teachers who had tested positive for Covid-19 in San Francisco de Macoris are “isolated and are being treated.”

Marino Zapete had reported through his Twitter account about 30 cases of teachers with the disease in the head municipality of Duarte province.

According to a publication of Listín Diario, in the Liceo Unión Panamericana, in the Miraflores sector of the capital, last Wednesday 25th of the current month, it was confirmed that the disease had infected the administrative director and a teacher, so it was arranged for the teachers to work from their homes.

Even though students are receiving distance education to avoid the spread of the Coronavirus, teachers have to go to the educational centers to give classes from the classrooms. Due to this, there have been positive cases in several schools in the country.

Another four positive cases of Covid-19 have been detected in the José Francisco Peña Gómez high school located in Los Girasoles in West Santo Domingo.

Xiomara Guante, president of the Dominican Association of Teachers (ADP), confirmed to this newspaper that in the school José María Serra, located in the Los Frailes sector, there are four teachers infected by Covid-19, and in the school Concepción Bona another two infected.

14 MILLION DOSES
The vaccine
Health Minister Plutarco Arias reported that the Dominican Republic plans to acquire vaccines with three commercial houses, which he did not identify. “We are giving 14 million doses for 7 million people,” he said, referring to the coverage the country would have.

He recommended that everyone be careful because “you can’t let your guard down” in the fight against the new coronavirus.