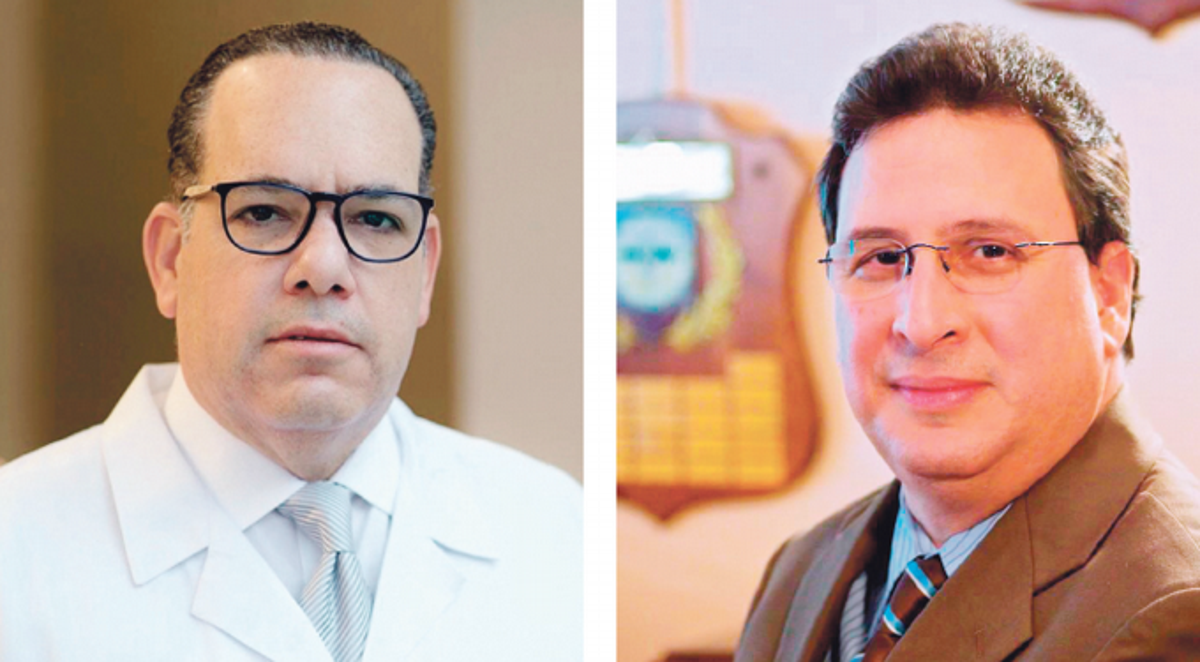 They favor making use of all the preventive tools available so far.

The Dominican Republic is on the threshold of a second wave of Covid-19 infection, with a sustained increase in contagion cases in the last three weeks, and whose most significant expression could be materialized between January and February as a result of the Christmas festivities.

The warning was made yesterday together by José Rafael Yunen, a specialist in critical care, and José Brea del Castillo, pediatric infectologist, an expert in vaccines, who recommend that the country make use of all the existing preventive tools both at the level of medicines and vaccines of emergency that demonstrate effectiveness, together with the non-medicated ones, like the use of a medical mask, hygiene, and distance.

They recalled that although at present no vaccine has been commercially approved, there are seven approved for emergency use, including seven Chinese, one Russian and one North American, to which are added some products for preventive purposes that studies have shown levels of protection, such as vitamins and the nasal spray known as taffix that has been used in various countries. However, they remember that nothing replaces the mask and other preventive measures.

He noted that although there are lessons learned that guarantee less mortality from Covid in a second wave, it is necessary to prevent people from becoming infected and affecting the hospital system.

Long list of drugs
“People have to have information and make use of all available preventive tools,” said Yunen, who in an interview with Listín Diario via zoom made a count of the various drugs that have been used in the country and the world to treat Covid, many of which were later ruled out by the World Health Organization (WHO).

He recalled that although none is specific for the virus, since March 2, the use of anti-inflammatory drugs began to be resized, and there arises hydroxychloroquine (later removed) and the antiviral Tamiflu in high doses and with protease inhibitors.

He cited that later the antiviral remdesivir began to be used to shorten intubation time, the high-cost tocilizumab, dexamethasone, ivermectin in vitro, antiviral favipiravir, more aggressive anticoagulants, vitamins D, C, Zinc, melatonin (the latter with better dating). You think it would be good to survey with doctors to see which of them worked for them.

Preparation is important
While Brea recalled that to face a second wave, it is necessary that the country quickly prepare. He said that it is feared that the fruit of the Christmas festivities will increase because people gather.

He understands that it is the policy of each country to use approved emergency vaccines provided by regulatory bodies, but that it is favorable for the Dominican Republic to prepare for it and use all preventive tools because, at this time, everything is valid.

Meanwhile, Yunen said that currently, two drugs are being used to care for patients with Covid, such as the antiviral favipiravir, the antihistamine famotidine, aspirin, and vitamins C, D, and Zinc, azithromycin for three days in case of fever, and dexamethasone. New monoclonal antibody cocktails have emerged that have not reached the country yet. Surrounding the taffix hypromellose nasal spray is not new and is more aimed at prevention. This drug has two studies, one done by the University of Virginia and a recent one on Jewish holidays where the Synagogue saw less transmission of the virus in those who used it for five hours.

Its function, he explained, is that it reduces the PH in the cells, making it difficult for one of the two most important routes of infection, such as the nose and mouth, to penetrate, although he recalled that it does not replace the use of a mask.

Affected.
Among the risk groups, 582 health workers have been affected by the SARS-Cov-2 coronavirus; some 295 pregnant women have been infected, and 14,789 young people under 20 years of age. The fatality stands at 1.5 percent.