The pandemic shuts down the Christmas atmosphere in Santiago 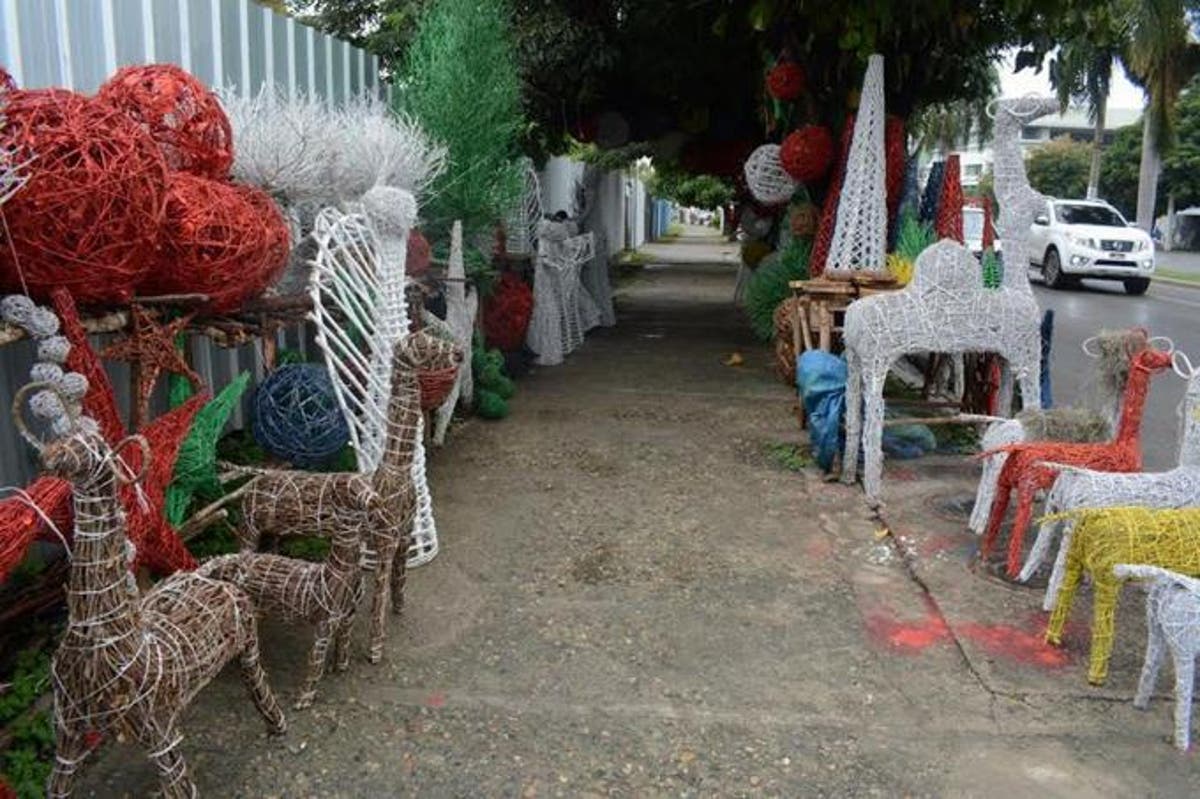 The impact of the Covid has discouraged some of the Christmas activities in sectors of Santiago. / ONELIO DOMÍNGUEZ

The Heart City faces a wave of discouragement in the face of the Easter festivities due to the Covid-19 pandemic.

In Santiago’s city, there has been a significant reduction in the Christmas holidays’ celebrations in emblematic streets, businesses, and places of family enjoyment, due to the pandemic of the Covid-19 and the havoc it has caused in the population.

The Doll’s Street, one of the best known for its Christmas spirit, located in the sector of Pueblo Nuevo, this year will not hold any activity is alluding to Christmas because the residents have lost the desire and desire to celebrate and decorate the outside of their surroundings due to the deaths caused by the new coronavirus among friends and family.

Marta Cabrera, a resident of the area, said that among the dead were people in charge of the decorations, from veterans to the youngest.

She emphasized that beautifying the street before December is a tradition that has been going on for more than 40 years. The entire neighborhood gathers to celebrate the joy of life and the winter festivities. In that sense, Ersilia Infante explained that the curfew, restrictions, and the cancellation of the contest “My neighborhood at Christmas,” organized by the Centro León, motivated them to prepare themselves as a community to show a space full of union and joy, have influenced the loss of enthusiasm of the residents to adorn the street.

Competition
This year, the modality of the referred contest has changed to “Portrait Christmas in your neighborhood,” the participants approached exteriorized their discouragement in participating, mainly because of the human losses.

During the tour carried out by the LISTÍN DIARIO, those interviewed highlighted that although they will not decorate the surroundings, as usual, the traditional softball tournament will be held with the particularity that the victims of the coronavirus will be honored.

“T-shirts with a collage of photos of the deceased will be handed out, and we are contemplating the possibility of holding the Christmas bonuses again for the whole community. Also, amidst the sadness, we have been placing light bulbs and decorations,” said Infante.

Commercial dynamics
Other activities that have been affected by the current health situation is the sale of objects that represent Christmas, such as reindeer, stars, trees, and baskets. This is the famous stand located on 27 de Febrero Avenue, next to Caribe Tours.

The saleswoman in charge of the stall, who preferred not to share her name, commented that sales are “slack” and that the factory has stopped production because it is not selling smoothly.

“The most sold products so far are the reindeer, the baskets, and the balls; even so, the sales are not high compared to previous years,” said the young woman.

There has been a notable decrease in the “Tarantinos,” which are stands selling fruit and sweets alluding to the time, belonging to the cultural celebration of the festivities. In previous Christmas crowded the city with their presence.

Social activities
According to Marilyn Ventura, the events have been reduced by almost 80% due to the fear of contagion, despite the sanitary measures taken by the coordinators.

“The companies, besides not having a budget to carry out big activities, are afraid of holding a massive meeting that puts the lives of the employees at risk,” said Ventura.

About the festive activities of the time, she commented that they had changed a lot, not only in their realization but also in the way people greet each other, show affection, and share.

In this sense, Yanilsa Cruz, in charge of the Santiago City Hall’s urban art and cultural manager, added that the massive activities had lost their validity both in private and public institutions, even canceling the traditional Christmas parties for employees.

In recent years, Santiago has been recognized for bringing the essence of Christmas to the whole city. On every corner, on every street… let us see the Christmas folklore, filling its spaces with lights and decorations.

Although not with the same verve as in previous years, the Santiago City Council plans to continue its tradition of lighting up the city, with some exceptions due to the pandemic, according to Cruz.

“The elevation, the entrance to the city, and the front part of the Santiago City Hall continue to be decorated, as well as the Monument to the Heroes of the Restoration, with the support of Cementos Cibao,” he said.

Restrictions for Christmas
To diminish the infections and the robberies in the city of Santiago, the Ministry of Public Health (MSP) and the National Police (PN) have launched the operation “Safe Christmas.”

“The restrictions remain the same: use of masks in public places, antibacterial gel, and social distancing,” said Plutarco Arias, during the plan’s launch activity.

To prevent crimes and offenses, Brigadier General Eduardo Alberto Then, regional director of the NP, explained that they would take the following measures: during the Christmas period, the presence of police and military agents will be increased at different checkpoints, as well as in commercial establishments; and constant patrolling will be carried out in the main streets and avenues of the city.