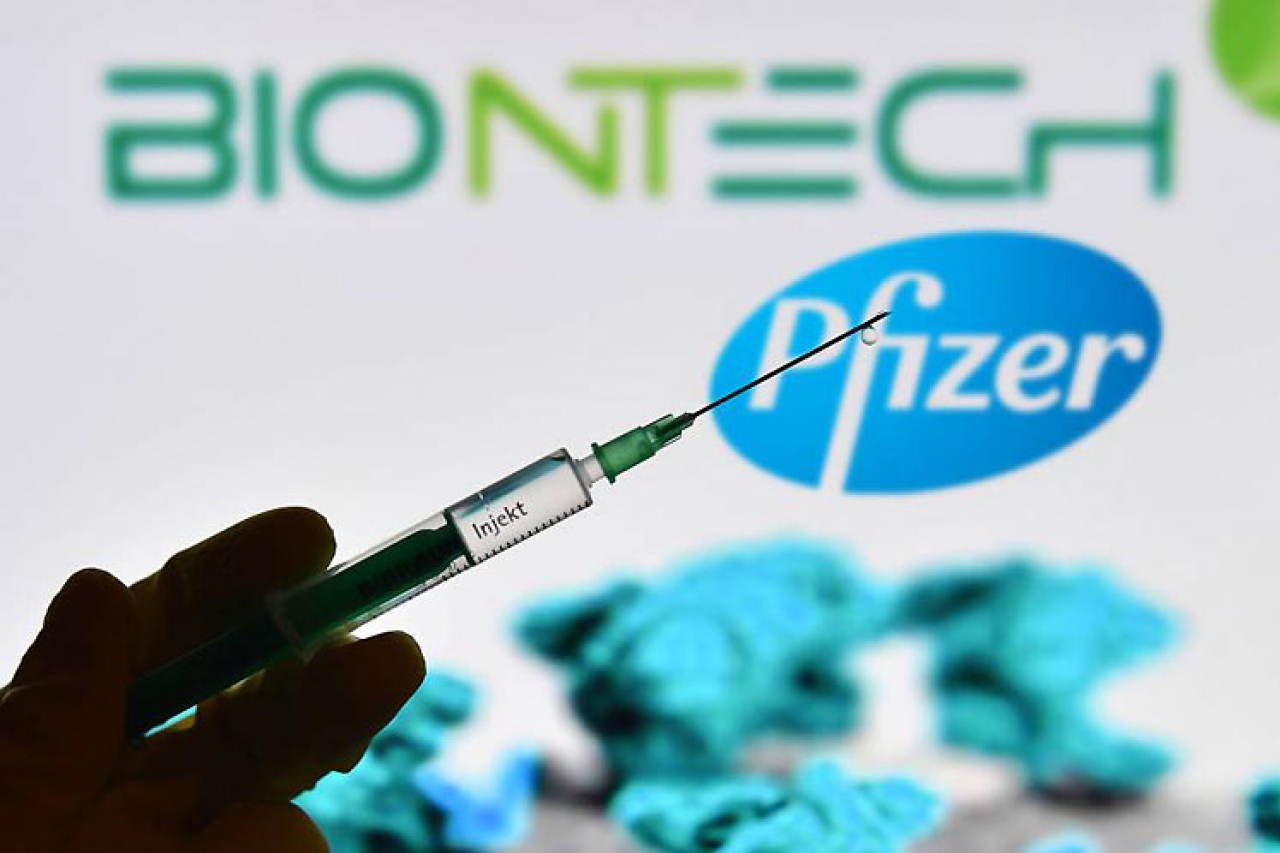 The alliance of the pharmaceutical company Pfizer with the German BioNTech ensures that its vaccine against COVID-19 is 95% effective, according to evaluations. (EXTERNAL SOURCE)

The Dominican Medical College (CMD), the National Union of Nursing Workers (Sinatrae), and the Vice Ministry of Collective Health described as “crucial,” “excellent,” “timely,” and “positive,” the signing of the agreement between the Government Dominican Republic and the pharmaceutical companies Pfizer and BioNTech to acquire 7.9 million doses of the vaccine against COVID-19. With this package, the country reaches almost 20 million doses.

In principle, he said that this vaccine should be aimed at front-line health sector workers in the fight against COVID-19, which are doctors, nurses, etc., as well as the most vulnerable sectors of the population as people over 65.

“The ultimate goal is to vaccinate the entire country, regardless of the type of vaccine. We ask the country to collaborate with this great measure to stop the advance of this virus,” said Suero.

For her part, Ivelisse Acosta, Vice Minister of Collective Health, said she strongly agrees with the Government’s signature and on which national sectors would have priority and how the administration of these doses should be. She indicated that when the plan is socialized, the country will know in detail.

Likewise, the president of the National Union of Nursing Workers (Sinatrae), Julio César Cruceta, said that this decision of the Government is timely and positive, and that, in turn, takes into account different opinions of the sectors that asked to expand the range of offers and proposals on the set of vaccines that have been certified by the competent international entities and are used in different countries.

“As in all countries where the application of vaccines has begun, we believe that health professionals and technicians, members of the military bodies in charge of enforcing compliance with the provisions of social distancing and the use of masks, as well as People over 60 should be prioritized,” added the health leader.

Sinatrae also suggested that the health authorities implement a training plan for tens of thousands of health personnel, medical students, and nurses so that as many Dominicans as possible can be vaccinated in the shortest time.

“We have the unknown about what would be the logistics of storage and distribution, as well as what is related to the maintenance of the refrigeration network, which guarantees its effectiveness,” declared Cruceta.

The Minister of Health, Plutarco Arias, said that, with this agreement, a crucial step had been taken in the fight against this global pandemic.

“Since I assumed this management in Public Health, one of our greatest priorities has been to have the best vaccine coverage for the population,” Arias highlighted.

According to the Government, with Pfizer and BioNtecht, the country reaches almost 20 million doses of vaccines against COVID-19, adding the 10 million doses contracted with AstraZeneca / Oxford, and the two million will receive through the Covax mechanism.

According to the pharmaceutical company, the type of vaccine, and the techniques used for its development, the doses of vaccines against COVID-19 must be stored under temperatures between -80 degrees and 8 degrees Celsius.

Specifically, the vaccine developed by Pfizer and BioNTech requires temperatures between -80 and -70 degrees Celsius for preservation.

The Presidency’s note indicates that the Program for Essential Medicines and Central Logistics Support (Promese / Cal) has identified eight ultra-freezers suitable for the storage of BNT162b2 vaccines, with a capacity to collect up to 400 thousand doses.

“Promese / Cal continues to conduct surveys and hold conversations with other possible allies to bring such storage capacity to one million doses,” reported the Presidency.