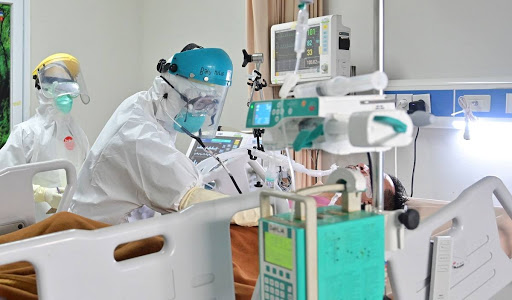 In the last days of January, infections and deaths from Covid-19 have skyrocketed in the Dominican Republic.

Today flexibility is extended with 127 deaths in 9 days.

With reports of 19 new deaths and 1,143 new infections of Covid-19, the country will begin new schedules and flexibility measures in the mobility restrictions imposed on the population to prevent infections and the more generous opening of businesses to receive the public today.

In just nine days, the system reports the registration of 127 new deaths from Covid. For more than a week, the death figures have been on the rise, and although the system registers them as notified in the last 24 hours, the exact date on which the deaths have occurred is not established.

To date, the country accumulates a total of 2,564 deaths from Covid and 206,305 cases confirmed as positive by laboratory tests. It is estimated that about 80% of patients are asymptomatic and that about 5% will require hospitalization.

With the record of 1,143 new positive cases captured in the last 24 hours, the country reaches 53,929 active points of people who remain optimistic about the virus and transmit it to their direct contacts.

Some 1,259 patients remained hospitalized yesterday in public and private network centers due to Covid maintaining 46% of the 2,731 beds available to the system nationwide. However, in large cities, the availability of beds is reduced.

In critical conditions, the system registered 307 patients yesterday, for 57% of the occupation of the 543 intensive care beds (ICU) arranged to serve this type of patients, according to the report of special bulletin number 313.

Under assisted ventilation, there were 164 patients for an occupation of 40% of the existing equipment for such purposes.

The percentages of positivity of the processed laboratory samples remain high. The daily positivity remained yesterday at 25.03% and that of the last four weeks at 21.61%.

Yesterday’s report indicates that 6,896 laboratory samples were processed in the last 24 hours and that since March of last year to date, 1,012,644 have been processed, equivalent to 96,918 per million inhabitants.

The fatality rate is 1.24 percent, and the mortality per million inhabitants is 245.39.

The patients who have recovered from the disease total 149,812, and those discarded due to negative results are 806,339.

Today, the new provisions announced by the Health Cabinet begin, which consist of the relaxation of the curfew hours, which will be from 7:00 p.m. Monday to Friday and from 5:00 p.m. on weekends, with three hours free for circulation, valid until February 8.

Also, the reopening of gyms with a capacity of up to 60% was authorized, the same percentage that will be allowed to bars and restaurants. Recreational activities and sports are also allowed on boardwalks and parks unless they involve crowding.

Mass parties and events involving crowding will continue to be prohibited, even in hotels governed by a different protocol, and religious activities in churches are allowed three times a week.

Regarding the vaccine, President Abinader reiterated yesterday that one part would arrive at the end of this month, another in February, and the extensive recruitment comes from May.

He explained that Vice President Raquel Peña is working to specifically confirm when vaccines arrive in the country to immunize most of the population.

Abinader said that currently, there is “nervousness” because, in some places, the production of vaccines was affected; he mentioned that other countries have warned that pharmaceutical companies are sued for not complying with the agreement, specifying that so far, those destined for the Dominican Republic are insured.

The government contracted 10 million doses of vaccine with AstraZeneca under a US $ 40 million contract.

The National District is the territory that registers the highest number of infected, with 57,946.

The Santo Domingo province is in second place, with 40,294 infected until yesterday.

In third place is the province of Santiago, which registers 22,870 positives to Covid-19.

The province of La Vega accumulated 8,692 until yesterday, followed by La Altagracia, with 7,796.