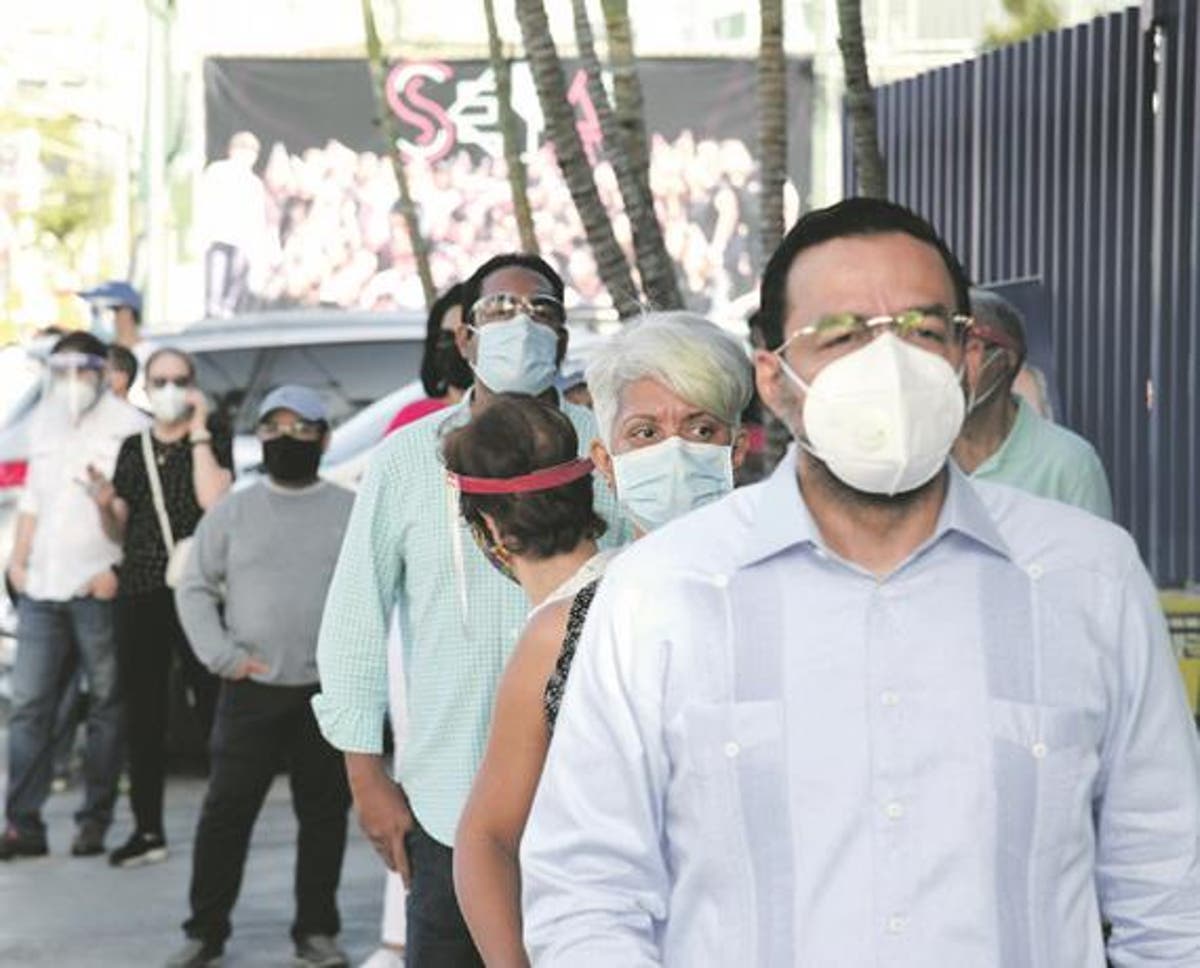 After the July elections, the number of infections increased.

The month of February arrived with hundreds of deaths from Covid-19, thousands of active cases of the virus, a positivity rate in constant increase, and a relaxed curfew schedule and movement in the streets.

According to the epidemiological bulletins published daily by the Ministry of Public Health, July, August, and September have been the most lethal months since the new coronavirus arrived in the country in mid-March last year.

Through bulletin number 320, Public Health reported 2,704 deaths in the national territory, of which 1,623 belonged to the months mentioned above. These figures are equivalent to 60.3% of all deaths.

Among them, August was the deadliest month with 540 deaths and a fatality rate of 1.81%. According to special bulletin no. 165, 24,923 active cases and 1,710 deaths had been reported in the country up to that time. Of these, 7,455 were in hospital isolation, 42.86% in Greater Santo Domingo centers, 29.49% in Santiago, and 8.76% in Duarte province. This massive accumulation of deaths came to light after the “pause” in the extension of the curfew ordered by former President Danilo Medina, which gave “free rein” to citizens to violate the health authorities’ protocols.

The period from June 27 to July 20 was propitious for celebrating the presidential and legislative elections of July 5, where millions of people accumulated throughout the country. August 3 and 30 were the days with the highest number of deaths in this lethal month, whose figures in the last 24 hours reached 30 and 29 deaths, respectively. July followed in the footsteps of the eighth month of the year with a total of 416 deaths reported a case fatality rate of 1.64%, and 1,766 new infections so far.

From then on, the consequences of “forgetting the curfew” for almost a month began to be seen: an overcrowded health system, intensive care units at maximum capacity, and a positivity rate of 33.55%.

During July, the main contagion points were in the National District, with 340 new cases; Santo Domingo, with 145; Santiago, with 153; and María Trinidad Sánchez, with 91 new cases.