Face masks are conspicuous by their absence on the streets 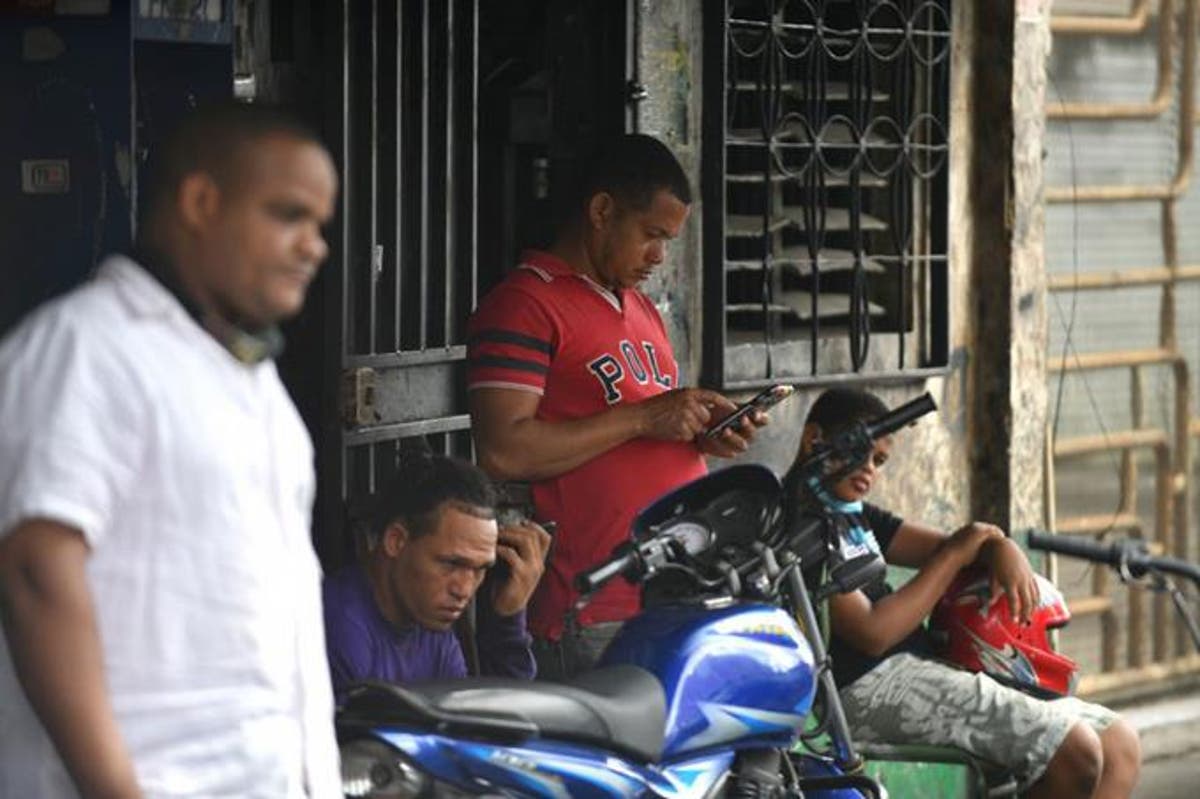 MASK USE FADES DUE TO SOCIETAL FATIGUE AND CARELESSNESS

The use of surgical masks, which is obligatory as a preventive measure to avoid contagion by Covid-19, is gradually falling into disuse among large population sectors due to fatigue and carelessness.

Having lost the fear of a virus that has been spreading in the country for eleven months, a decrease in the rigorousness of the authorities called to watch over its use in public places, the argument that “I already got the virus” and the boredom of wearing an object that prevents breathing normally, are some of the reasons that lead to hinder the use of the mask.

What became so indispensable at the beginning of the new coronavirus pandemic, to such an extent that some people started to call it ironically “the new ID card,” has now become something that many people wear just “in case I am stopped in the streets.”

Still, the measure of wearing the cover mask is strictly enforced in large plazas and supermarkets, banks, and other commercial establishments with a considerable flow of customers. However, in small businesses and everyday life in the streets, its use is beginning to decline.

Some of these small businesses have even removed the sign “obligatory use of masks,” which adorned the access doors to their premises for so many months.

The non-observance of the physical distancing, a more relaxed curfew, and now with more people circulating without masks could impact an increase in the number of Covid-19 infections, which up to yesterday totaled 227,714 in the country.

Odalis de la Rosa, owner of the grocery store that bears his last name, located in the Villas Agricolas sector of the capital, said that he stopped pushing for masks to enter his business because of the disrespect of the customers.

“People have no respect for the colmados because we do not have security; they enter without the mask, one speaks to them, and they do not pay attention, they continue as if nothing,” said the merchant, who assures that he has more incredible difficulty in applying that rule to Haitian immigrants.

“They do not obey anyone. For them, the coronavirus does not exist,” said De la Rosa, who, like other owners of these businesses, said that he got tired of demanding the use of the mask to customers.

A reporter entered as if he were a pharmacy customer where they sell antibacterial gel and masks. Still, the clerk did not have a mask and, when asked why he did not use it, he answered that another shopkeeper of the place “used it the whole day and anyway he got infected.”

At the confluence of Duarte Avenue with Paris Street and 27 de Febrero Street, it is notorious among vendors and customers the improper use of masks or simply not having them on.

“Having it on all day tires,” said clothing salesman Leandro Cuevas, who argued the point to a Listín Diario team that he works there from 8:00 in the morning to 7:00 at night, too many hours to wear a mask.

“Now I am alone. When people come, I put it on,” said Mario Polanco, another merchant who was not wearing it when this newspaper approached him.

A woman who identified herself only as María had it hanging from her ear because she took it off for a moment to drink water, but she apologized and put it on correctly, after explaining that she has always been a demanding person with its use.

During the tour through the capital, it was possible to observe through the windows of a bus on its way to a burial, full of people, most of its occupants without masks.

In the improvised businesses on the public roads, fewer and fewer people wear the utensil or use it in a blasé manner, even though they perform tasks that require being close to each other.

An empanada vendor, who also did not wear a mask, explained that her decision was because she contracted Covid when the pandemic broke out in the country in March last year. “I am immune,” she declared curtly.

A child sets the example

Miguel Angel, a five-year-old boy in the fifth grade of kindergarten, waited on the sidewalk yesterday for his father to finish an electromechanical job sitting on a plastic chair.

Despite being isolated most of the time, he kept his mask on, which he only removed momentarily to take a few sips of water and quickly put it back on over his nose.

His father, Miguel Angel Polanco, declared to Listín Diario that, in addition to instructing him to observe the preventive measures to avoid contagion by the new coronavirus, he has also taught his son to be helpful, humble, tolerant, and to be concerned about the welfare of others.

Street vendors offer masks that don’t provide adequate protection against the lethal virus since they only function as a simple mask. Their prices range between five, ten, and 50 pesos.

One of them defended the surgical masks’ quality, which he sold at five pesos per unit. “They are sealed,” said the vendor about the same product that another one offered a few minutes before at ten pesos each.

Some people noticed that they were wearing disposable masks worn out by a use beyond the recommended time.

Epidemiologist José Sehuoerer explained that with care and hygiene, one of these masks could last between one and three days, while the cloth ones can be used for longer, as long as they are cleaned regularly.

The specialist indicated that the use of a properly protective surgical mask “is the best vaccine until an effective immunization appears and without any suspicion of doubt.”