283,552 people arrested for violating the curfew in an emergency year 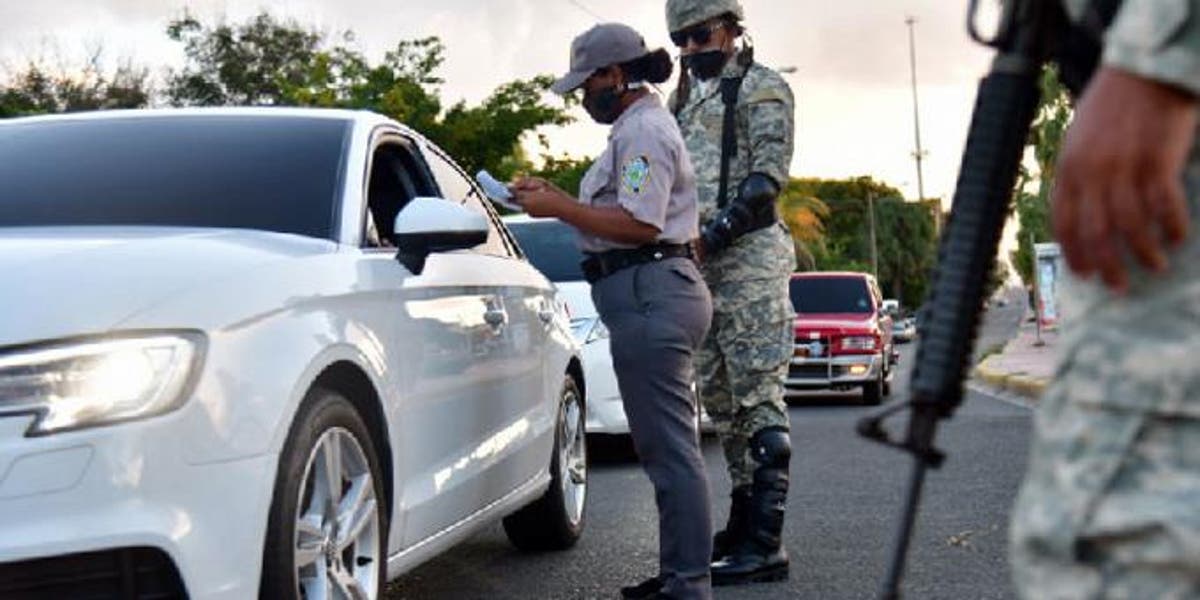 On the afternoon of Friday, March 20, 2020, the then spokesman for the Presidency, Roberto Rodríguez Marchena, published on his Twitter account the decree that ordered the first curfew since 1998 the country faced the consequences of passing through Hurricane Georges country.

In that first curfew, the transit and movement of people were prohibited from 8:00 at night to 6:00 in the morning between March 20 and April 3.

The government provision came just a day after the State of Emergency was declared due to the coronavirus (Covid-19) presence in the country.

Since March 20, the curfew has undergone some 20 variations and has continued to operate continuously to date, except for June 30 and July 20. From that moment to date, the National Police has reported that some 283,552 citizens have been arrested for violating the schedule of the provision.

The curfew has had the most significant disobedience in the Dominican capital, where 38,802 people have been arrested, 3,046 vehicles have been detained, and 13,375 motorcycles.

Some 117 businesses were closed for operating during the restrictive hours of the government regulation.

Santo Domingo East
The second municipality with the most detainees has been Santo Domingo Este. There so far, a total of 25,236 citizens have been arrested; 1,853 vehicles have been retained plus 16,307 engines.

Santo Domingo Este did surpass the National District in the total of businesses closed for working during the curfew. Some 507 stores were forced to close for violating government regulations.

Santiago de los Caballeros
The head municipality of the Cibao region is the third municipality with the highest number of prisoners. In Santiago, 20,903 citizens have been arrested for taking to the streets during curfew hours.

A total of 2,754 vehicles and 11,299 motorcycles have been detained for driving during the same hours. Some 512 were closed when they were caught trying to “outwit” the authorities.

Santo Domingo West
In Santo Domingo Oeste, 20,257 people have been arrested for violating the curfew, 1,034 vehicles and 8,515 engines retained for driving during prohibited hours and about 90 businesses closed for operating behind the provision.

Puerto Plata
“The Bride of the Atlantic” has seen 18,997 of its residents being detained for walking on public roads during the hours of government provision.

In Puerto Plata, 1,009 cars and 11,969 engines have been retained for the same reason, while 123 businesses have been closed.

La Altagracia
In La Altagracia province, 14,459 people have been arrested, and some 951 vehicles and 6,393 motorcycles have been detained while 112 businesses were closed for violating the curfew.

According to the National Police’s official list, Elías Piña is the one with the fewest arrests, with only 1,576 arrested for violating the curfew.

In the first month of this new year, 23,998 citizens were arrested. By February, another 14,850 were arrested, and in the early days of this March, the figure goes to about 1,078 citizens.

The different curfew hours
Since its first implementation, the curfew has been changing its schedules depending, according to the reasons cited by the authorities on duty, on the “level of contagion.”

The first hours of it oscillated between 5:00 – 6:00 in the afternoon until five in the morning, and in that way, it was maintained until the dates near the Christmas festivities were entered.

After the Christmas Eve and Christmas celebrations, an “exponential increase” was reported in the spread of the disease nationwide, which led to the Health Cabinet, headed by Vice President Raquel Peña, tightening the restrictive curfew measures.

However, after several complaints and denunciations by the population, the government began to loosen the measures as of January 27, putting the curfew from Monday to Friday from 7:00 p.m. to 5:00 a.m. and Saturdays and Sundays from 5:00 in the afternoon to 5:00 in the morning. With three hours of free movement permit.