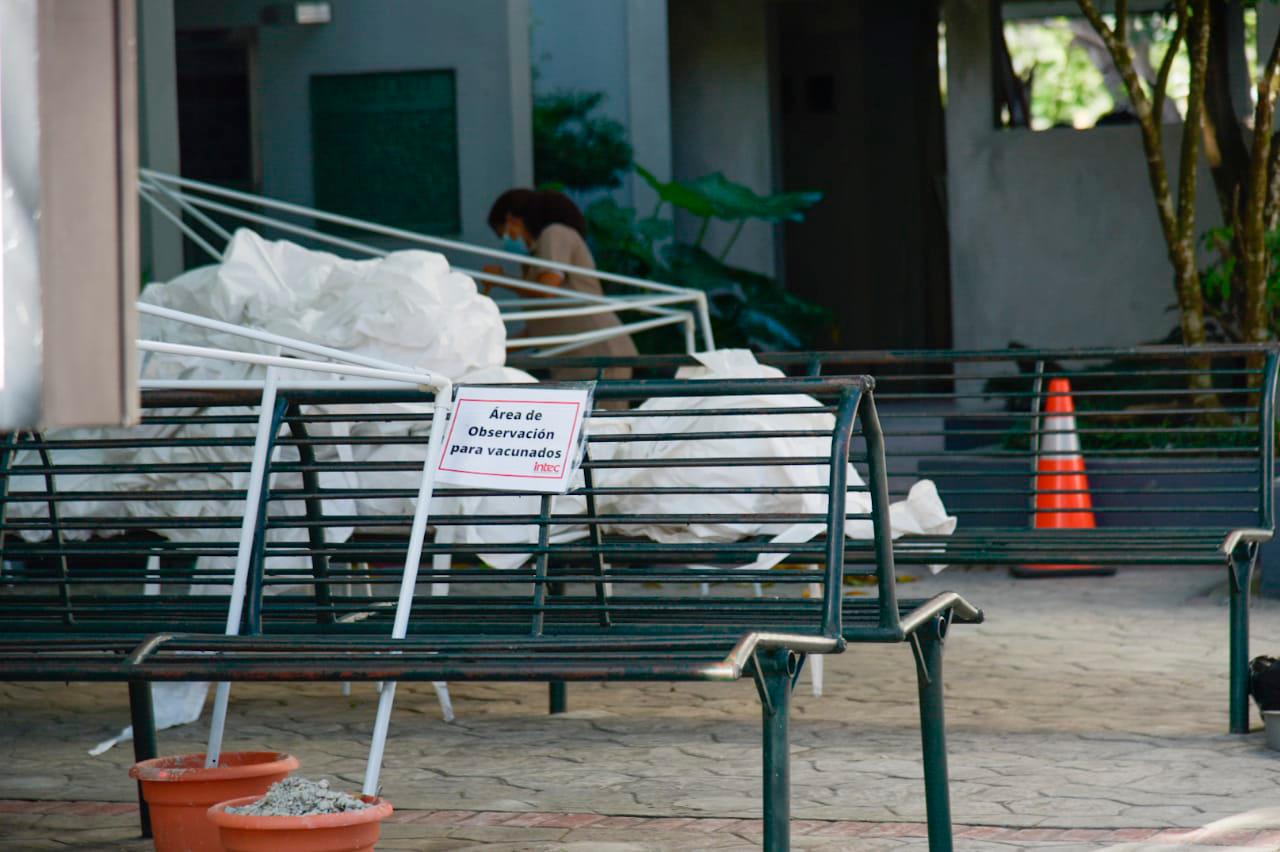 View of the vaccination area enabled in the UASD. (DIARIO LIBRE / DANIA ACEVEDO)

Despite the arrival, yesterday of one million fifty thousand vaccines against COVID-19 from China, the main vaccination centers of the National District remain closed.

Since last weekend, the Autonomous Universities of Santo Domingo (UASD), Pontificia Universidad Católica Madre y Maestra (PUCMM), and the Technological Institute of Santo Domingo (Intec) reported that they suspended vaccination days until further notice. At the same time, on Monday the Pedro Henríquez Ureña National University (Unphu) did the same.

The restart of the process was expected this Thursday with the arrival of this new batch, which includes one million Sinovac vaccines purchased by the Government and 50 thousand doses of Sinopharm donated by China, and 51,200 syringes.

According to the director of Health Area VI, María Isabel Tavárez, this Thursday, they only vaccinate people in bed for health conditions.

However, she did not specify when the large centers restart or have already received the new doses.

The latest data on the number of people vaccinated in the country was offered on Monday when it was reported that 675,000 Dominicans had been inoculated.

With the arrival of this batch and another shipment from China of another million vaccines that are still pending delivery, the authorities hope to advance to stage 1D of the Vaccination Plan, including police and military personnel.