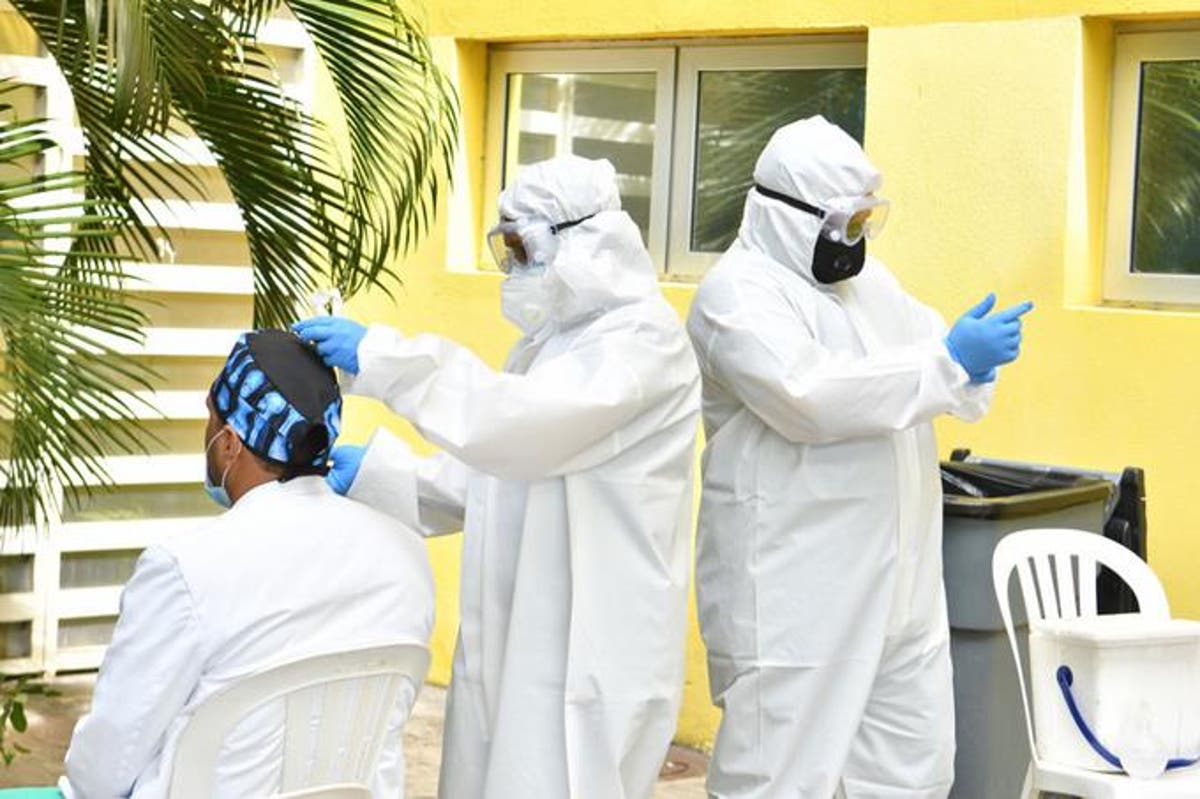 The potentiality of the contagion of the coronavirus that causes Covid-19 is increasing in the country a few days after the start of Holy Week.

An increase in the transmissibility rate of Covid-19 in the country, which went from 1.5 to 2.5 in the last week, keeps health authorities on alert, who attribute it to the increase in the mobility of people.

Given this increase and the proximity of the Easter holiday

Dr. Eddy Perez-Then, advisor to the Ministry of Public Health on Covid-19 matters, and the National Director of Epidemiology, Ronald Skewes, asked the population not to neglect prevention measures of masks, distancing, and hand washing.

The experts pointed out that there is vigilance in the behavior of this indicator, as well as in the weekly positivity, which has been showing a stagnation after having been decreasing for several weeks.

They said they hope that this is not an indicator that cases will increase and that there could be a resurgence in the country, but that active surveillance of the virus is being maintained to detect any situation that may arise early.

With these new reports, the total number of deaths due to Covid in the country rises to 3,289, while the number of cases with confirmed diagnosis reaches 250,579 since the beginning of the pandemic.

Bulletin number 370 issued by its General Directorate of Epidemiology (DIGEPI) reports as of yesterday that 209,586 patients have recovered from the virus and that a total of 1,287,584 diagnostic tests have been processed.

Hospital occupancy remained at 17% of available beds yesterday, with the hospitalization of 446 patients.

Of the six deaths reported in the last 24 hours, one occurred in that period. The total number of deaths in the country is 3,289. The case fatality rate remains at 1.31%, and the mortality rate per million population is 314.78.

Of the total number of registered cases, 753 were reported among health workers, 358 among pregnant women, and 27,006 among children under 20 years of age.

6 billion in PCR
Likewise, the Minister of Health, Dr. Daniel Rivera, revealed that the Dominican State has so far paid 6 billion pesos for the performance of more than 1,200,000 PCR tests. For this reason, it is working on the increase of antigenic samples, which represent a lower cost.

He emphasized that the country has had good management of the pandemic. Evidence of this is that concerning the vaccine, the Dominican Republic is in third place among the countries that have advanced in the inoculation process.

He said that the government is committed to guaranteeing quality and health and, for this reason, has committed more than 30 billion pesos to cover the costs of these supplies.

Vaccination
At the beginning yesterday of applying the second dose of the vaccine against the virus, Dr. Ivelisse Acosta, vice minister of Collective Health, said that the opening of centers for these purposes would be done gradually according to the number of people to be vaccinated each day. She recalled that in the first days of the vaccination process, the number of inoculated people was lower so that yesterday there would be fewer people requiring the second dose.

Acosta asked people who have already received the first dose of the vaccine to return to the same place.