Covid targets people from 28 to 42 years of age 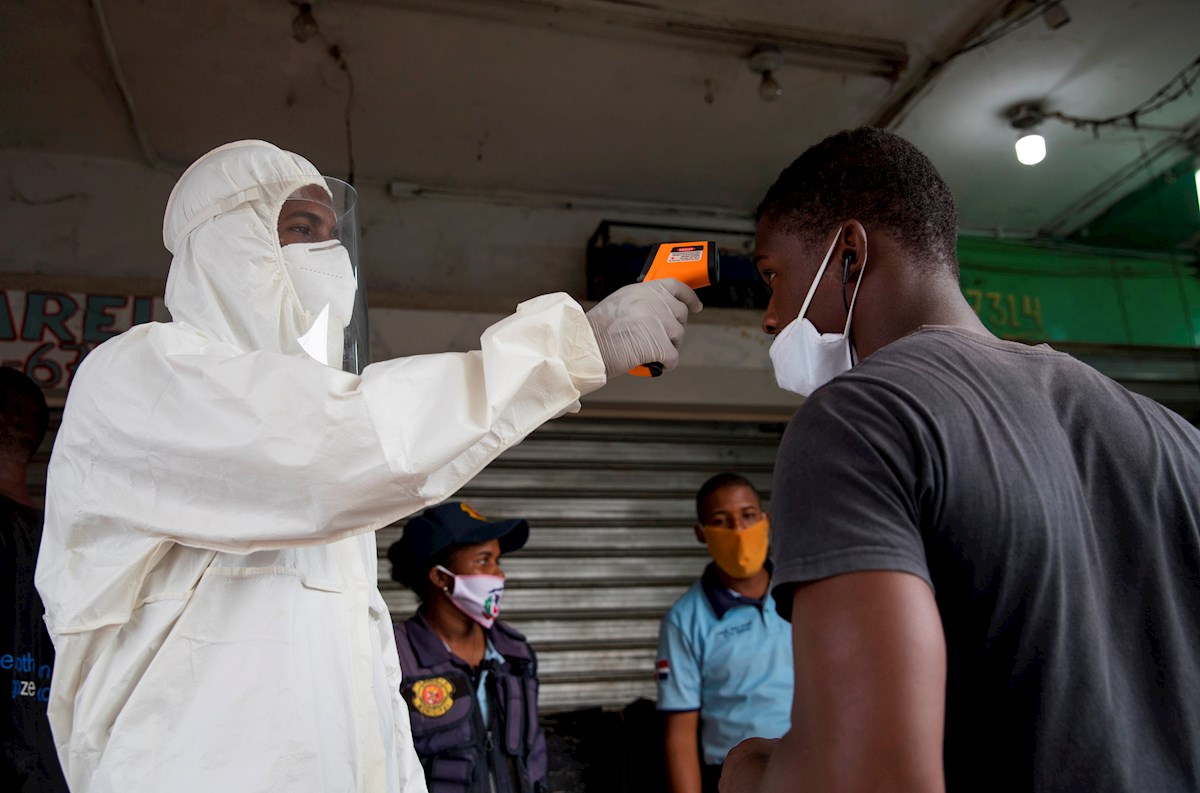 In the National District, Santo Domingo, Santiago and La Altagracia provinces, the number of cases is increasing.

The health authorities are concerned about the increase that is taking place in the rate of positivity of the virus in the country and in the number of cases that are registered every day.

The young population has become the target of Covid-19 infections in the country, lowering the average age of those affected by 11% in relation to the start of the pandemic, which is attributed to the fact that it is the population that is more mobile and frequents places of entertainment where there is gathering.

Now the average age most affected is 38 years old, with a range that goes from 28 to 42 years old, with the aggravating factor that a significant part of them have false confidence that the illness will not get complicated, so they stay at home and go to the medical emergency between eight and ten days after the onset of the symptoms.

This was pointed out yesterday by Dr. Ronald Skewes, National Director of Epidemiology; Eddy Perez Then, advisor on Covid matters; and Dr. Natalia Garcia Batista, a specialist in pneumology and management of patients with the virus, advisor to the Ministry of Health, during the press conference held every Wednesday to report on the behavior of the pandemic.

They considered that such a substantial drop in the age of infection is significant and calls for the need for this population to protect themselves more because although they are not the ones who cause the most significant mortality, in the case of 80% of young people with obesity, they can present fatal results, others have a very aggressive inflammatory response and also the virus, even if it does not severely manifest itself, can leave neurological and pulmonary aftermath.

They also recalled that young people are also responsible for infecting adults with chronic diseases and that 36% of patients require critical care and 30% need ventilation.

Positivity increases
Another thing that also worries the health authorities is the increase in the positivity rate of the virus in the country and the number of cases. However, they highlight as favorable that 80% of the Covid hospital beds, 72% of the ICU beds, and 77% of the ventilators used for the care of patients with the virus are available.

The director of Epidemiology emphasized that they are concerned that the positivity of the last four weeks is progressively increasing, reaching 11.56% in yesterday’s bulletin 405. The positivity has been growing slightly over the previous four weeks.

Skewes noted that the seven-day incidence has been declining throughout the year. In recent weeks has remained stable, currently standing at 23.8 per 100,000 population, which places the country below many other nations in the world.

However, he noted that when measuring positivity by the municipality, the National District remains the number one problem in terms of incidence. He pointed out that other provinces under observation for an increase in cases are Santo Domingo, Santiago, and La Altagracia.

The total number of deaths registered in the country due to Covid-19 rises to 3,467, and the number of confirmed cases is 265,818 since the beginning of the pandemic.

The number of cases is increasing in the National District, Santo Domingo, Santiago, and La Altagracia provinces.