CMD says covid is under control in Santiago, but warns of resurgence if people do not respect distance 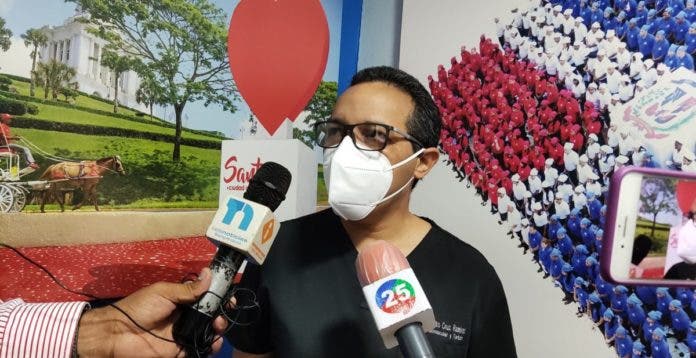 SANTIAGO – The president of the Dominican Medical Association (CMD) Santiago section, José Alberto Cruz, said that in this city, Covid-19 does not represent an alarm for the population as it does in Greater Santo Domingo and the National District, but warned that if people continue to crowd the entertainment centers without keeping a physical distance, a resurgence at any moment cannot be ruled out.

“The citizens must create awareness of the reality of this disease in the country because despite the authorities’ vigilance, the night entertainment centers of the monumental zone and Estrella Sadhalá Avenue are full of people,” Cruz said.

Dr. José Alberto Cruz reported that currently, the availability of beds for Covid patients in the private clinics is 60 percent. At the same time, in the public sector hospitals, it is around 70 percent. He said that they have available spaces for intensive care and some 45 ventilators.

He said that the tendency of the positivity of coronavirus in Santiago is that the same will happen as in Santo Domingo if people do not take care of themselves.

Deplores the semi-presence of schools

The president of the CMD of Santiago, José Alberto Cruz, is opposed to face-to-face and semi-presential teaching and criticized simultaneously that economic interests are above the health of students, teachers, and the whole educational community.

“How do they justify semi-presential classes in the midst of a pandemic and the suspicion of a disease outbreak,” the medical leader indicated.

“The Medical Association does not agree with face-to-face or semi-presential classes, but it is not only because of the students, because during the entire pandemic it is said a student died at the Arturo Grullón children’s hospital. The problem is that the students go home and interact with their parents and grandparents, they can be carriers of Covid,” explained the doctor.

Cruz said that in Santiago, there had been a readjustment in the public sector hospital system, after indicating that in hospitals such as the José María Cabral y Báez and the Presidente Estrella Ureña, some equipment has arrived, and other problems have been solved.

He said that, although there are still more investments to be made, the improvements that these health centers have presented should be recognized, attributed to the efforts of the Public Health authorities and the directors of the hospitals mentioned.

“In Santiago there is a readjustment of the hospital system, good investments and we have been hand in hand and that is why there are not so many complaints and things are going better,” he said.

Dr. José Alberto Cruz accused the National Social Security Council of being an accomplice of the Health Risk Administrators (ARS), stating that in 14 years of Social Security they have never made a review of the doctors’ fees, even though the law itself establishes that this should be done every year.

He criticized that while patients have seen a nine-fold increase in what they must pay to the ARSs for the services they receive, medical professionals, on the other hand, have never been taken into account for the revision of their fees.

“The National Social Security Council seems to be part of the business area of the ARSs because it has never authorized the review to be carried out,” he explained.