“He came to emergency and died at once” 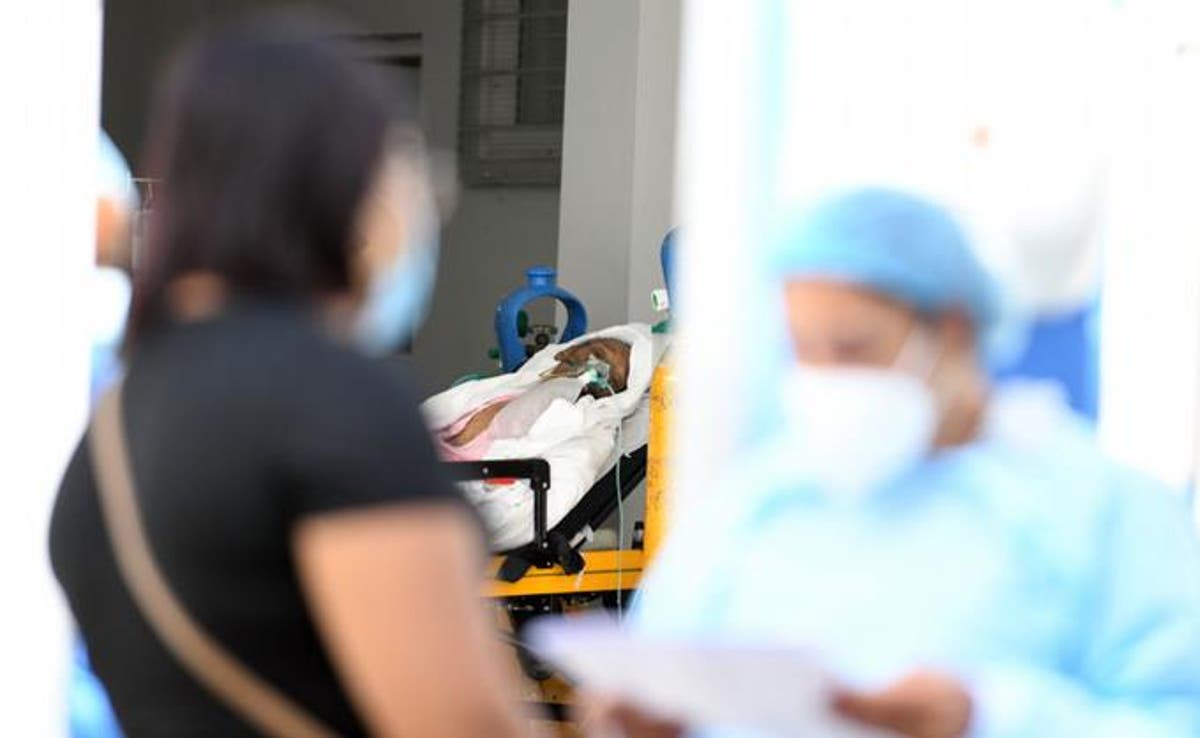 About 25 people were waiting for information on the state of their relatives in front of the Marcelino Vélez hospital. JA MALDONADO / DAILY LISTIN

Many people are waiting daily for good news about family members in intensive care due to the virus.

With her eyes full of tears, a woman who refused to identify herself was waiting for the body of her stepfather, who, according to her, died suddenly from Covid-19 on Monday afternoon.

The coffin was brought by personnel from the morgue of the Marcelino Velez Santana hospital.

They hurriedly put him in the ambulance to go to the nearest cemetery to bury him since, due to preventive measures, he cannot be buried at home.

“He came to the emergency room yesterday and died at once,” said the saddened young woman.

Emergency rooms
Many are the people who daily are waiting for the good news of their relatives in intensive care because of the virus.

Yesterday, about 25 people were sitting in chairs that they had brought from their homes and prepared for the long wait in this hospital located in the Herrera sector of the municipality of Santo Domingo Oeste.

Mádelin Quezada Núñez, who was waiting for the medical discharge of her 70-year-old grandmother, trusts in her speedy recovery after six days of hospitalization. “We take turns here and then other relatives come in case my grandmother needs anything,” she said.

This woman was accompanied by her aunt Michel, who said that while they are at the center, the other relatives take care of their children until the afternoon.

Similar is the case of Andres, who has his wife admitted, but he has no support to relieve him since his two children work. While he waits for news of his partner, he stops working in his little shop, said the 60-year-old man to reporters of Listin Diario.

Survivor
When one arrives at the Covid area of the Marcelino Velez Santana medical center, one can observe the emotional welcome with applause that people outside gave to Digna Ramirez, 22 years old, after overcoming the virus that kept her in bed for six days.

Ramirez said that she was the only one who tested positive at home and that now her children are staying with an aunt since her mother had been following up with her.

She explained that she was significantly affected by the virus because she suffers from high blood pressure.

“The symptoms I got were headache, fever and severe nasal congestion,” she said.