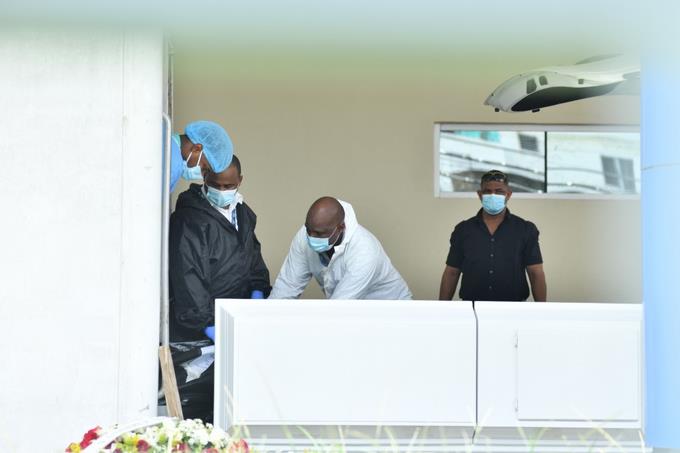 The country has a mortality per million inhabitants of 348.95

Although Covid-19 positivity has been increasing in recent weeks, the high demand for beds has led to a shortage of space for patients. Doctors describe the health situation as critical; the Dominican Republic is among the lowest number of Covid-19 deaths in the Americas.

Worldwide, the seven countries with the most deaths per million inhabitants are currently India, Canada, the United Kingdom, Germany, Italy, the United States, and Japan, according to statistics on the Our World In Data platform of Oxford University.

But in the American continent, made up of 35 countries, the list of deaths is headed by Uruguay, a country that in recent months has applied a “permissive policy,” according to a report by the AFP agency.

For the last two weeks, Uruguay has been one of the countries with the highest number of deaths per million inhabitants, the most recent data on deaths due to Covid-19 reporting a total of 4,460 deaths.

The most widely circulating strain in that country is a more lethal and contagious one than the one originating in China; it is the Brazilian variant P1, which was detected a few days ago in the Dominican Republic.

Paraguay, Argentina, Colombia, and Brazil are also in the top five.

At number 16 in the Americas in the United States, followed eight places later by the Dominican Republic, which ranks 24th out of 28 countries consulted.

According to the epidemiological bulletin number 442 of Public Health on Friday, June 4, the Dominican Republic accumulates 3,646 deaths and a mortality per million inhabitants of 348.95.

This data represents a case fatality rate of 1.22.

According to the Pan American Health Organization (PAHO), the first case of Covid-19 in Latin America was reported on February 23, 2020, in Brazil. However, in the Americas region, the first imported case was identified on January 21 in the United States.

One year and three months after the arrival of the disease in Brazil, Latin America, and the Caribbean accumulated more than one million deaths, according to PAHO Director Carissa Etienne.

“According to data available as of May 21 reported by countries and territories in the Americas, 1,001,781 people have died from the SARS-CoV-2 virus in Latin America and the Caribbean,” the Organization notes.

However, at the time of this publication, the Ministry of Public Health of the Dominican Republic reported that there had been almost two million deaths in the Americas region.