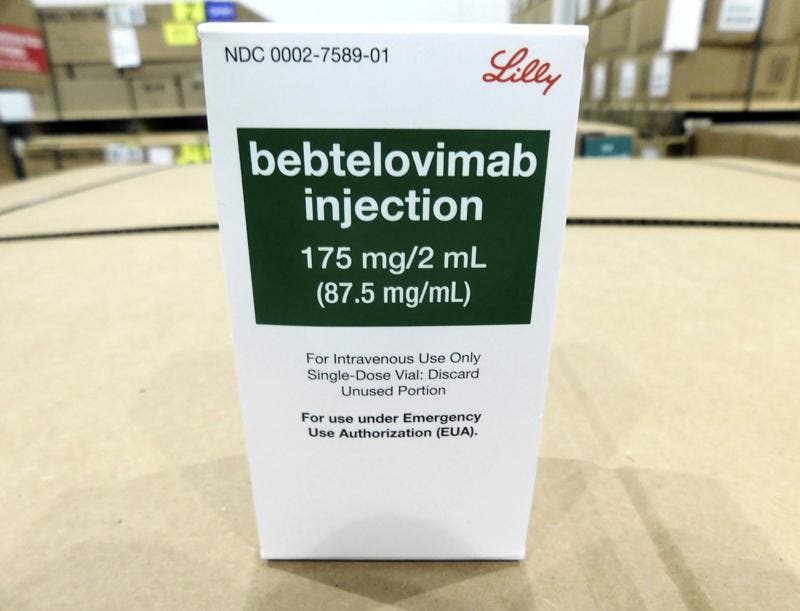 This image provided by pharmaceutical company Eli Lilly shows a package of bebtelovimab, an antibody drug that specifically attacks the omicron variant of COVID-19, which was approved on Friday, February 11, 2022, by the United States Food and Drug Administration. United. (Eli Lilly and Company via AP)

WASHINGTON — U.S. health regulators on Friday authorized a new antibody drug that works precisely against the omicron variant of COVID-19, a crucial move to replenish the nation’s arsenal in fighting the disease.

The Food and Drug Administration (FDA) indicated that it authorized Eli Lilly’s drug for adult and adolescent patients with mild to moderate COVID-19. Late last year, Lilly announced it was working on the treatment after tests showed its previous antibody therapy was ineffective against the omicron variant, which has become predominant.

The administration of President Joe Biden purchased 600,000 doses before authorization and will begin sending initial supplies to state health authorities for distribution.

It is “an important step in responding to the need for more tools to care for patients at a time when new variants of the virus continue to emerge,” said Dr. Patricia Cavazzoni, director of the FDA’s Center for Medicines.

The agency announced the two leading monoclonal antibody treatments in the United States proved ineffective against omicron. According to data, Lilly’s drug also works against the new mutation BA.2, derived from omicron.

Lilly said the contract for her new drug — called bebtelovimab — is worth at least $720 million.

Laboratory-made monoclonal antibodies act in place of the human immune system, blocking an invading virus. Therefore, medications must be applied intravenously or by injection in the early stage of infection.

But last month, the FDA revoked its emergency use authorization for the antibody-drug Regeneron, as well as Lilly’s. Both drugs had been the mainstay of antibody treatment, and doctors were hard-pressed to find alternatives when they realized they didn’t work against omicron.

Alternative therapies, including antiviral pills from Pfizer and Merck, are short supply. In addition, a GlaxoSmithKline antibody drug that continues to be effective against omicron is also in short supply.

Scientists say COVID-19 treatments like monoclonal antibodies are not a substitute for vaccines.

According to the contract with Lilly, the government will receive 300,000 treatments of the new antibody drug in February and a further 300,000 in March. 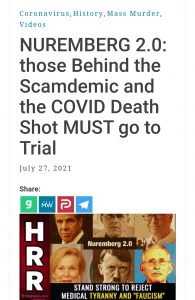 The narrative keeps changing…the vaccine was suppose to prevent the contagion in the first place but now if you get it then we will inject you with this one…took 9 months for the vaccine for the delta variant (warp speed)…this one for the omicron variant 1 month although this is not a vaccine but still cures you…pure madness!!!…