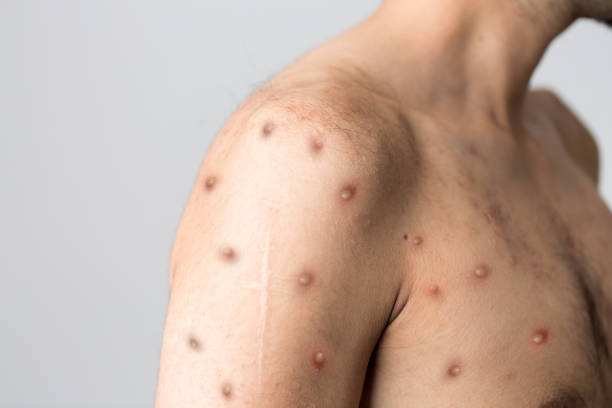 For the first time, a group of Spanish scientists discovered high levels of the monkeypox virus in the air and saliva of infected patients, raising the possibility that this virus is also transmitted through the air. The study, published in The Lancet Microbe, does not rule out the possibility that the virus (monkeypox virus or MPXV, for short) is transmitted through the air, though direct contact, particularly with skin lesions of an infected person, remains the most common mode of infection.

The monkeypox virus, which belongs to the genus Orthopoxvirus, can be transmitted between animals and humans, and while its symptoms are similar to those of smallpox (which was eradicated in 1980), it is less severe, contagious, and lethal. The disease, which is endemic in Central and Western Africa, is primarily spread through close contact.

The World Health Organization (WHO) declared a worldwide outbreak of monkeypox a global health emergency in May 2022. Since then, more than 79,000 cases have been confirmed, which is more than the total number of cases recorded in Africa since the virus was discovered in 1970. According to the European Center for Disease Prevention and Control (ECDC), there were 25,400 confirmed cases in Europe up until November 8, with more than 7,300 cases recorded in Spain.