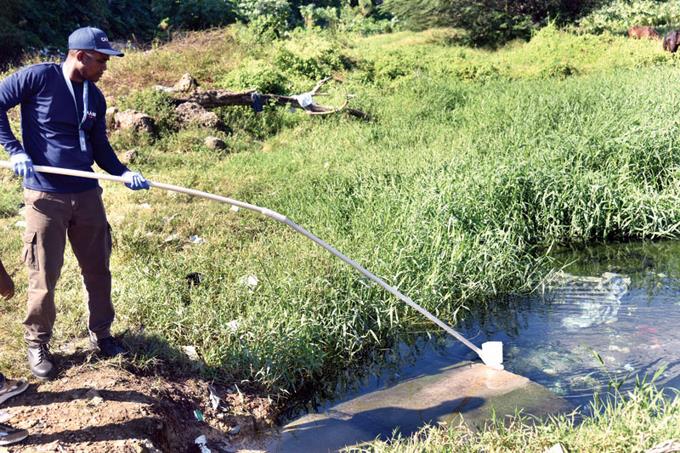 Despite the new bacterial wave, residents in the La Zurza sector of the National District, where the first cases of cholera in the Dominican Republic were discovered, continue using the same, possibly contaminated, water source. Despite the intervention of the Ministry of Public Health and the Dominican Red Cross, who have installed four sanitized water containers at the mouth of the “Zurza Abajo,”  where four active cases of cholera are currently maintained, the people of the place continue to prefer the comfort of drinking the water that comes to their homes, over sanitation. “The water sometimes comes with green, greasy, dirty, or bad-smelling straws, and when that happens, I don’t drink it,” said Maria Victoria, who thanked health officials for intervening yesterday.

Contrary to Maria, various residents of the area stated that the State’s intervention in search of improvement or prevention has been insufficient. “Tell me, what is the point of coming down and putting a water tank down here if the same garbage is still everywhere?” According to Pulman Cena, who has lived in the area for over forty years and has never been sick or suffered damage due to the supposed contamination of the waters.

At the expense of this, Cena left the crystalline pool of La Zurza, from which plastic waste, caps, clothing remnants, and garbage can be seen at the bottom; additionally, he filled gallons and buckets in his house with water that he claimed came from an aqueduct connected to the Santo Domingo Aqueduct and Sewerage Corporation (CAASD) tank, which supplies the neighborhood market.

How did the Cholera went from Haiti to that river in DR? Don’t by food or fruit from street sellers because 99.9% of the time they use the bathroom and don’t wash their hands.