4% of GDP for Education push kicks off 2012 with preschoolers 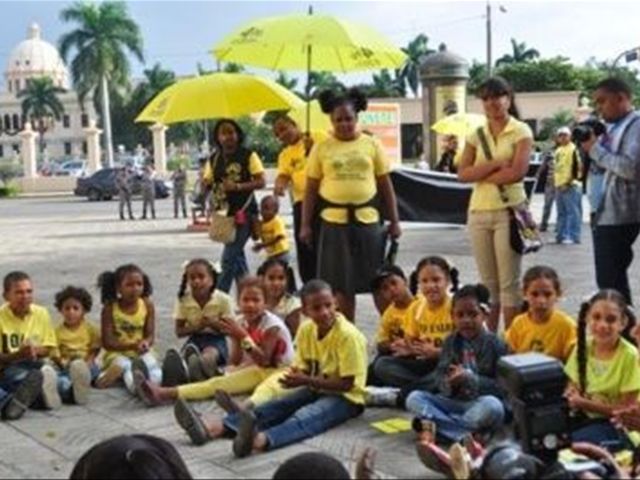 Santo Domingo. – The Dignified Education Coalition kicked off 2012 with a vigil in front of the National Palace, continuing its demand that the Government to allocate 4% of the GDP for Education definitively.

Children of kindergarten and primary grades accompanied the Coalition in the vigil, who sat in circles and sang to mark Three Kings Day, and to ask them for the gift of a 4% allocation for the country’s education.

Dozens of adults waving the now iconic yellow umbrellas and signs also rallied in the corner of Mexico avenues and Delgado St., where Coalition spokeswoman Maria Teresa Cabrera said the Government still has time to set aside the RD$36.7 billion which in her view the of Education budget needs, to comply with the 4% stipulated by Law and in the Strategic Plan 2008-2012.