Senator gets booed in solemn ceremony for fallen heroes 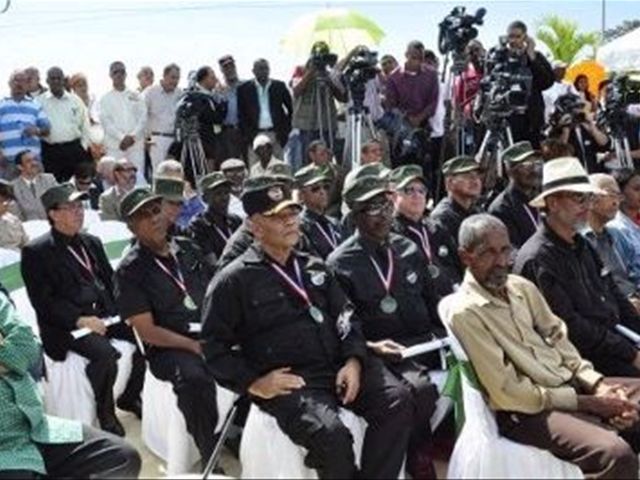 Santo Domingo East. – Altagracia province senator Amable Aristy Castro was booed during the inaugural Thursday of the monument in honor of the rebel fighters Los Palmeros on Las Americas highway.

During the ceremony, the Pro-government PRSC party lawmaker was called treasonous, undesirable, unworthy and other names too vulgar to publish, while some of the personalities on the dais stood to leave when master of ceremony Mildred Charlotte mentioned Aristy by name.

Los Palmeros’ relatives and close friends reacted with a mix of anguish and wrath for the violent manner in which the four young combatants died 40 years ago, which was stoked by the presence of the senator, a close ally of late president Joaquin Balaguer, whose forces numbering more than 2,000 agents were sent to eliminate Amaury German Aristy, Virgilio Perdomo, Ulises Cerón and Bienvenido Leal Prandy (La Chuta).

They asked Aristy to leave the place because his presence was a lack of respect.

During the ceremony Senate president Reinaldo Pared announced a bill to declare January 12 “Day of Heroic Resistance,” and said the combatants were an example for today’s youngsters.