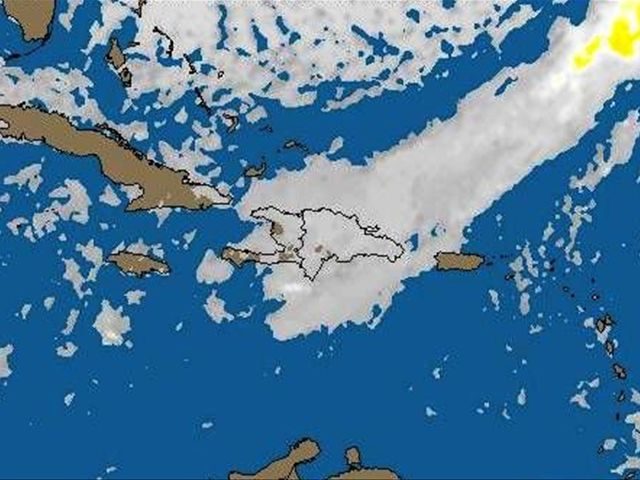 SANTO DOMINGO.- The National Meteorology Office forecasts rains for the entire country today, more frequent in the Cibao and the Central Mountains, from a frontal system located on the Eastern region.

It said the Atlantic coast surf has become dangerous for small craft, and should remain in port, and cautions residents in low coastal zones to be on the lookout for coastal floods.

Meteorology also warns against swimming in the beaches along the Atlantic coast, where the waves could reach as high as 14 feet.

It adds that the prevailing wind is now from the northeast, for which temperatures will be much lower in the evening and early morning hours.