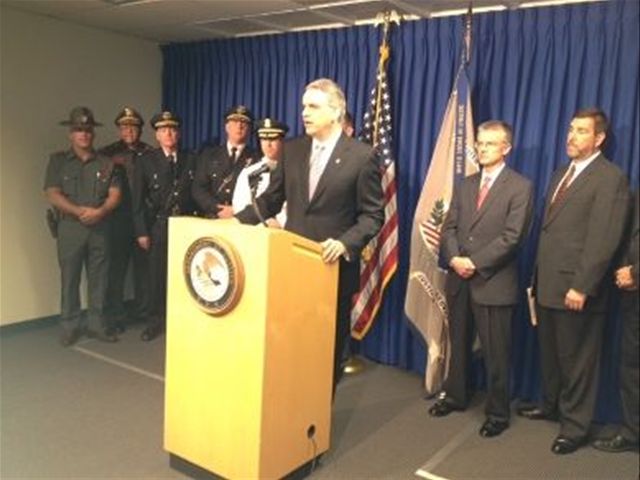 The authorities carried out search and arrest warrants Thursday and Friday, and seized more than three kilos (6.6 pounds) of heroin, around 200 grams of cocaine (a bit less than half a pound) and nearly 450,000 dollars in cash, considerable amounts of fine jewelry, five guns and 12 vehicles, the prosecutors said.

Officials said four of the guns seized were loaded and several of the vehicles confiscated had secret compartments to hide drugs.

Four people were arrested Thursday in a residence in West Warwick, where the agents seized nearly 300,000 dollars in cash, more than two kilos of (4.4 pounds) heroin, nearly one quarter kilos of cocaine (a bit more than half a pound), four vehicles and a large amount of jewelry.

“These arrests reveal that international drug trafficking organizations have a very long reach. Where they can make money, that’s where they’ll operate and Rhode Island isn’t different in that aspect," said federal prosecutor Peter F. Neronha in a statement.

Among those being held figure residents of Rhode Island and Pennsylvania, including Jose Dume Jr, 27, from Cranston, who faces the most charges positions: 10, for distribution of heroin and two for weapons possession, while Esteven Benzan, 25, from Providence, faces eight charges.