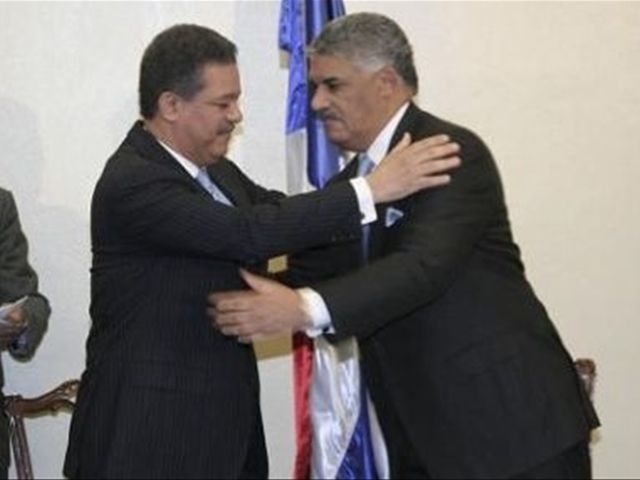 Santo Domingo.- The possible expulsion of the president Dominican Republic’s biggest opposition party (PRD), Miguel Vargas is the main topic in gatherings of the organization’s rank and fire and leaders.

Members don’t discard Vargas’ opting to resign in the wake of the party’s loss to ruling party rival Danilo Medina by just six points on Sunday, while from its top leaders to its newest members the blame for the defeat targets him, stoked even further Tuesday night by ex president Hipólito Mejia’s speech when he vowed to lead the political opposition.

A news source elnacional.com.do poll yesterday found that 60% of its readers say Vargas will be drummed out of the PRD, whose alleged members and leaders call radio and TV programs the last few hours to request his expulsion.

“Bounce the traitors” seems to be the kneejerk phrase of those PRD members who say exemplary measures are need against Vargas, accused of having forged an alliance with the PLD and with president Leonel Fernandez, which in their view led to Mejia’s defeat.