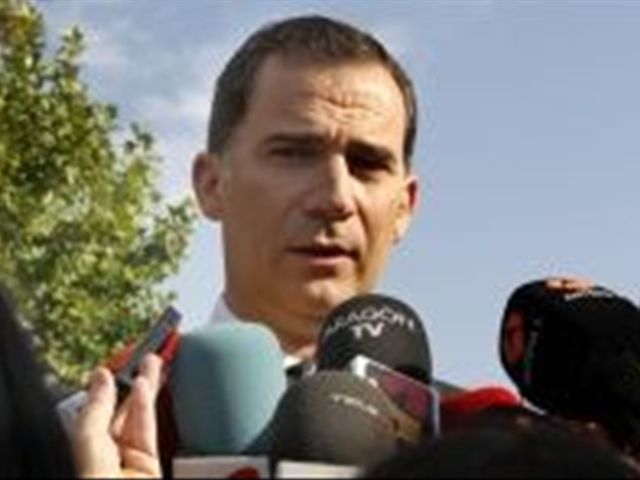 Santo Domingo.- Prince Felipe de Borbón, heir to the Spanish throne, will travel to the Dominican Republic today where he will meet with outgoing president Leonel Fernández and president-elect Danilo Medina, whose inauguration ceremony he will attend on Thursday. The prince will attend a dinner hosted by the president in honor of the heads of the visiting international delegations at the National Palace on Wednesday evening. On Thursday, he will attend Danilo Medina’s inauguration ceremony as the new president of the Dominican Republic.

He will also meet with the local Spanish community and prominent Dominicans at a luncheon at the ambassador’s residence.