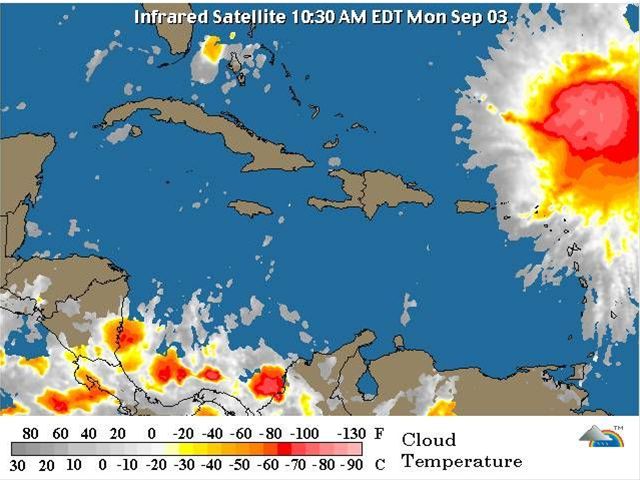 Santo Domingo.- The surf has begun to rise along Dominican Republic’s north and east coasts as Tropical Storm Leslie churns the Atlantic shoreline.

The Meteorology Office (Onamet) said despite the center’s location at around 1,050 kilometers north of Samana peninsula, there’ll be waves as high as 8 feet during the next four days along those coasts, where small craft are advised to remain in port.

For the rest of the country, Onamet forecasts clear skies with possible scatteredf showers for the Central Mountains, with some cloudiness in the afternoon.