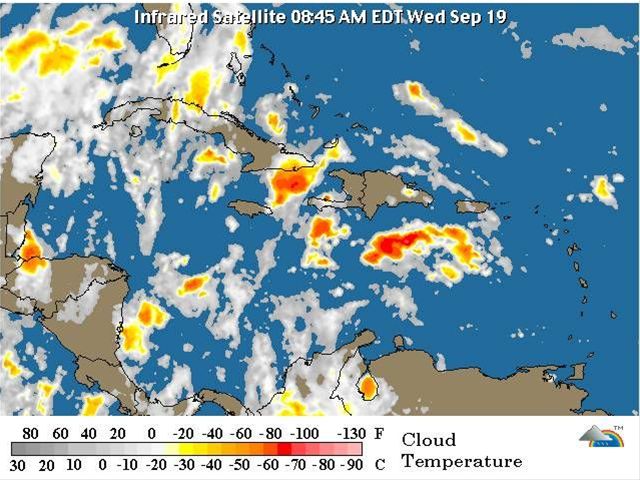 Santo Domingo.- Most of the country awoke to partly cloudy skies, and mostly overcast along the Caribbean coastline and the South Region.

The Weaather Office (Onamet) forecasts scattered showers and thunderstorms from a tropical wave, located over the eastern Caribbean coast.

It said temperatures and humidity will rise and the showers and thunderstorms will crease in the afternoon.

Onamet adds that the scattered showers will return Thursday afternoon and early evening, over the mountainous areas and border zone.