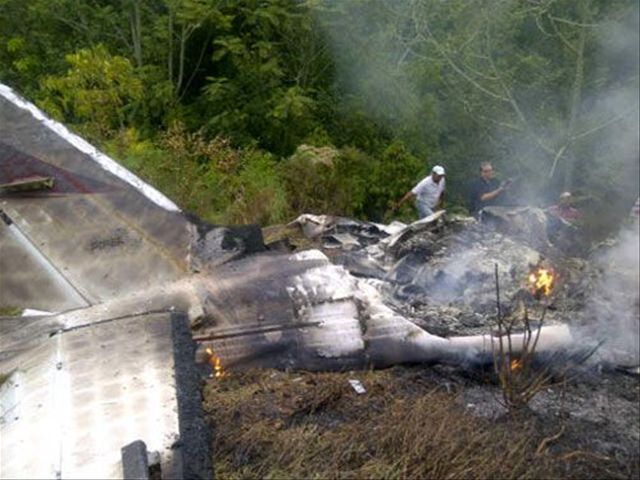 CONSTANZA, Dominican Republic.- Two people died when a twin-engine plane crashed at La Cumbre, eight miles east of Constanza (central), from where it had taken off in on a domestic flight to the Las Americas Airport.

Mechanical failure caused the crash, according to preliminary reports.

DNCD agents cordoned off the airport to keep out reporters and unauthorized persons.

According to reports cited by listin.com.do, the plane was totally engulfed in flames, causing the death of the pilot and the DNCD officer.