Dominican Army “finds” 2,000 soldiers, ships them off to border 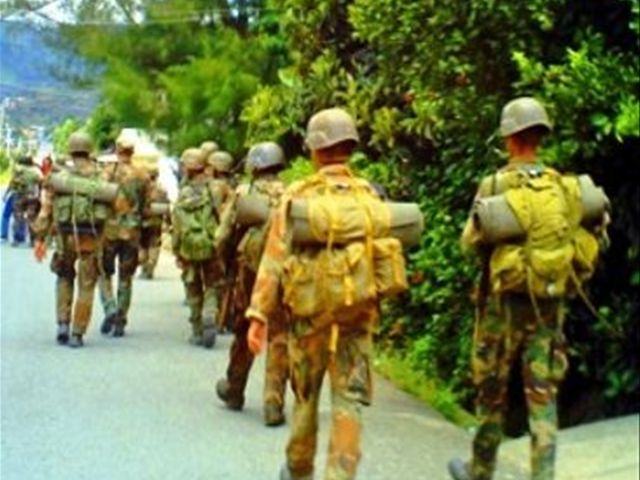 Santo Domingo.- Dominican Army chief of staff Ruben Dario Paulino revealed Monday that since August 22, more than 2,000 soldiers who were doing private work including security agents, were ordered back to duty.

The announcement comes after weeks of questioning of the military and police, whose chief Jose Polanco even admitted that he didn’t know how many agents were in service.

Paulino said among the soldiers figure some of the 90 troops deployed along the 320-kilometer border with Haiti starting today, to join the new Secure Border Task Force, and the others will be assigned to other posts.

The senior officer, asked about the frequent arrests of military in drug other crimes, noted that the Dominican Army has 26,000 officers and enlisted. "We’re really taking all measures in that regard; we’ve purged many from our staff since we started our tenure."