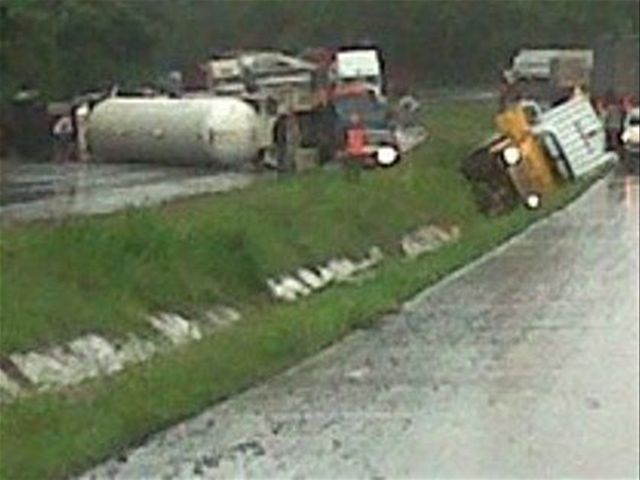 Santo Domingo.- A truck loaded with coffee products today overturned 28 kilometers north of the capital on the Duarte highway, when he tried to avoid colliding with a tanker which had already done so just minutes before on the country’s busiest road.

One person was hurt when the truck overturned in the middle of the median, which forced the coffee truck driver to try to avoid hitting it with his rig, but it also went on its side.

The injured driver whose condition wasn’t serious was taken to the hospital at Peter Brand , while the other two truckers received minor scrapes and scratches.