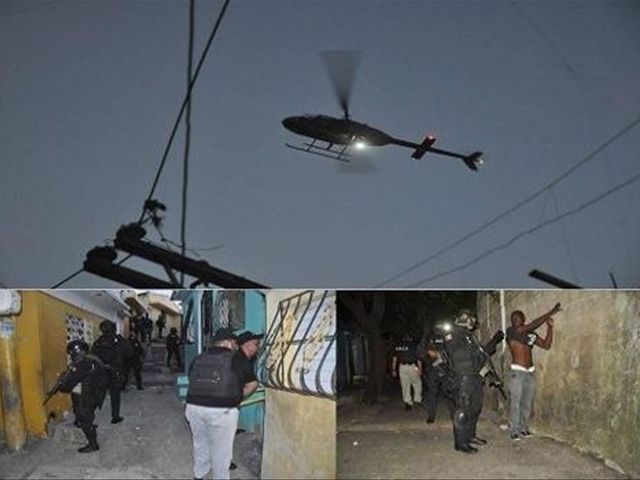 Santo Domingo.- Antinarcotics (DNCD) and National Police agents backed by helicopters and speedboats on Wednesday conducted a mass sweep against micro-traffickers in slums in the Ozama River’s west bank.

The operation, reminiscent of the military sweeps in Brazil’s favelas, was launched at 6am today with more than 200 Justice Ministry officials and agents who raided houses and detained suspects previously identified as the area’s drug dealers.

DNCD spokesman Roberto Lebron said the authorities conducted a survey to identify the micro-traffickers, arrested with the help of several speedboats which prevented their escape by swimming or aboard yolas.