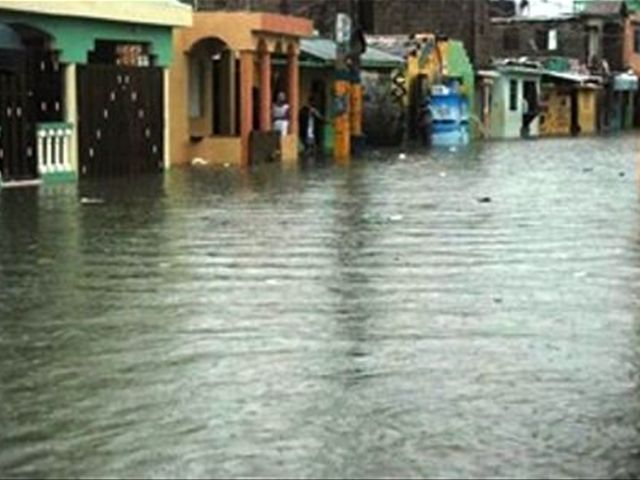 SANTO DOMINGO.- The Emergency Operations Center (COE) on Monday said more than 2,200 people had to be evacuated and more than 200 houses were damaged by the flooding in the Northeast from the downpours over the weekend.

COE director Juan Manuel Mendez said Puerto Plata, Samana and Maria Trinidad Sanchez provinces were the most affected, although have returned to their homes as crews of the various agencies began the cleanup process.

He said around the town of Luperon, Puerto Plata province around 100 hectares of crops were flooded, including corn, cassava, bananas, pepper, pumpkin, peanuts, and drowned cattle.

The official said Nagua, Maria Trinidad Sanchez, a swelled Nagua river cut off 60 communities, as the rushing water collapsed the pylons of three bridges, and damaged two schools, on addition to severe damages to 12 homes.

He said the flooding of rice paddies around Nagua and damaged an estimated 45% of the crops.