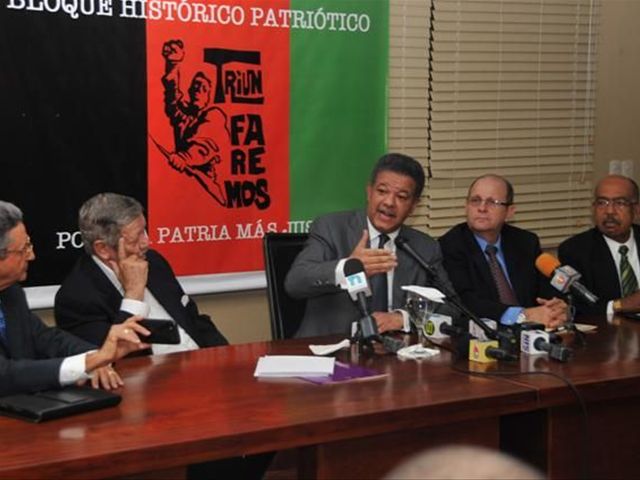 Santo Domingo.- Former President Leonel Fernandez on Monday said the campaign of insults, slander and "the grossest manipulation" unleashed against him only aims to confuse the Dominican people and create animosity towards him, to erode support for president Danilo Medina.

The former Head of State, who spoke in the company of several personalities, has been receiving support from his party’s rank and file, community leaders and of other sectors across the country, who affirm that the allegations of corruption while in office seek to jeopardize his potential presidential bid in 2016.

He said it’s very strange that while there’re protests against cuts in Europe, "in the Dominican Republic, those who are said to be part of progressive forces, are protesting because here we are stimulating economic growth and job creation."

"It sounds absurd, which means that there are forces in the Dominican Republic which don’t even know what’s going on in the world. The protest is for austerity and here we protest against spending and spending is what has allowed the economy to grow 5.4% last year," Fernandez said in the presidential office of the ruling PLD party.

The former chief executive spoke in a news conference and a show of support by constitutional scholars and freedom fighters including national revolutionary hero Delio Gomez Ochoa, who vowed to "accompany him wherever."

"People have lost sight of the fact that we’re experiencing the most acute crisis, humanity’s deepest in the last 80 years, this support of men of your dignity is important, against a campaign of insults, slander and the crudest manipulation we’ve seen," Fernandez said.

Also present in the conference were the heads of the foundations Testimonio, de Military Constitutionalists, the relatives of the national hero coronel Francisco Caamaño, the sons of Patria Mirabal, members of the June 14 Revolutionary movement, and combatants of Rafael Trujillo’s dictatorship.