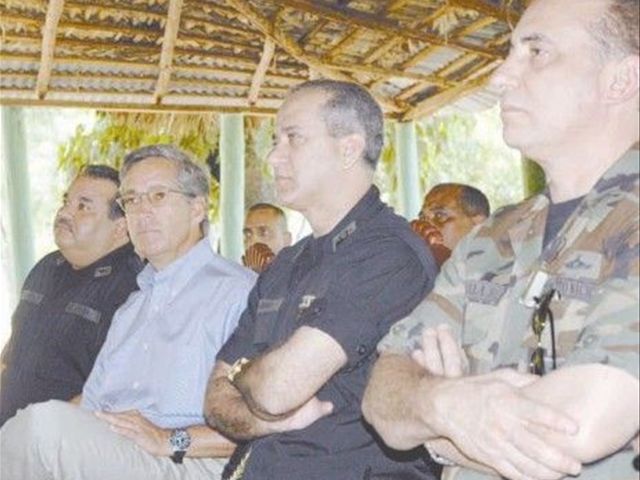 Pared called corruption in police and military ranks “minimal,“ and affirmed he has yet to receive information on one single extradition request from officers involved in drug trafficking. "The DEA had him there, then the officer leaves affected after eight or ten years in the DNCD, so the officer is a scoundrel and the DEA not?”

Interviewed on Revista 110, Pared said what happens is that the country wants to see only one part of the military and police involved in acts of corruption.

He discarded rampant corruption in the police or armed forces, and affirmed that almost all acts are corrected internally.

He criticized the fact that for eight years the image of the Police and Armed Forces was affected by cases like Army captain Quirino Paulino and the execution of seven Colombians in Paya, which he affirms was uncovered, reported and resolved by the Navy.

The military official however, isn’t the harshest critic of Washington’s policy on extraditions in drug cases, a label earned by Government Ethics Commission director Marino Vinicio Castillo, who repeatedly demands that the U.S. come clean on their knowledge of not only military officers linked to drugs, but also on the senior political and business leaders who pull their strings.