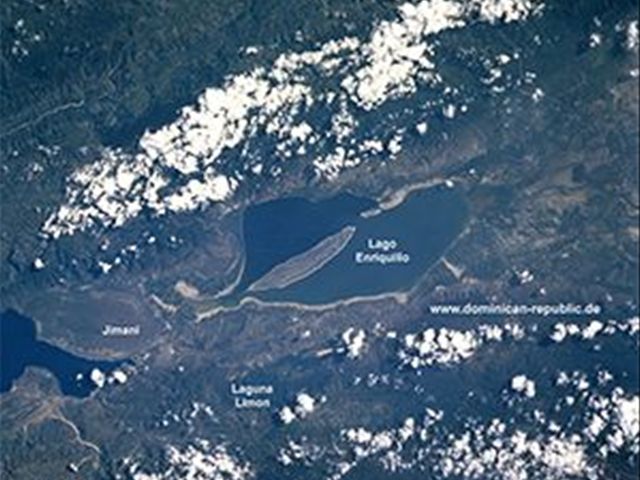 Duverge, Dominican Republic. – Farmers of the town Puerto Escondido could have revealed, unwittingly, the main reason behind the as yet unexplained growth of Lago Enriquillo, the Caribbean’s biggest lake, which they describe as a strange phenomenon.

The farmers said they are worried after the appearance of a stream of subsurface water which is flooding their farmland full of crops, and has driven them to the brink of despair.

Since the early 1980s the forests of the area of Puerto Escondido, some of which is part of the Sierra de Bahoruco National Park, have been leveled to make way for crops and pasturelands, and the soil’s subsequent inability to retain the rainwater.

A similar devastation has occurred in the forests of the Sierra de Neyba Natioal Park, north of the lake.

Speaking for the farmers from southwestern Independencia province, José Altagracia listed damaged crops of beans, tomatoes and others from the spring and asked the various government agencies to look into the “phenomenon” because the water “is killing crops."

Sierra de Bahoruco National Park forms part of the Jaragua-Enriquillo-Bahoruco Biosphere Reserve, one of the planet’s most privileged classifications issued by UN-UNESCO.