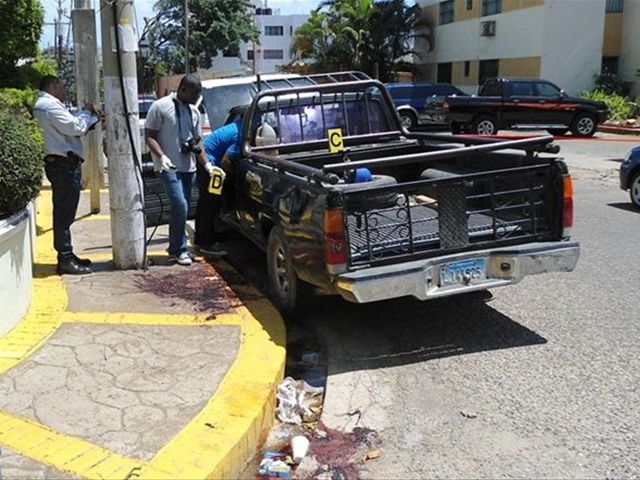 Santo Domingo. – Three people were apprehended Monday in connection with the assault and murder of two brothers, after they withdrew RD$228,000 from a bank in the upscale sector Bella Vista last week.

From the three detainees the police seized the two guns used in the homicides and garments used by Paulino on the day the brothers Estanislao and Leonardo Batista were gunned down resisting the assault just one corner from the bank.

The Police said investigators uncovered that the group forms part of a gang which marks people at bank branches, to assault them after they withdraw cash.