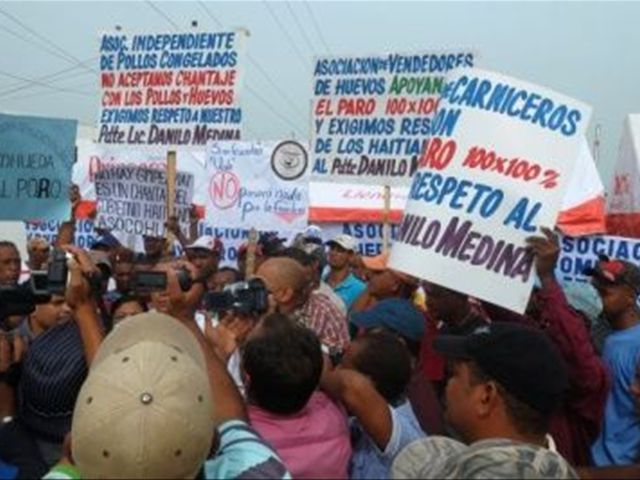 After the meeting, Foreign minister Carlos Morales said president Danilo Medina was told "in a very clear, very transparent and quite frankly, that they didn’t see much interest on the Haitian side."

A visibly annoyed Foreign Minister, who headed the Dominican delegation in the more than four-hour meeting with Haiti to discuss lifting Port-au-Prince’s ban on chickens and eggs, said the Haitian officials called him during the weekend, and confirmed they were "coming to resolve."

He said however that yesterday’s proposal was "totally unacceptable", because the Dominican government’s only priority is to lift the ban on poultry products, even it temporarily. "It was an abrupt decision by them, when relations were supposedly quite cordial, and we learnt it from the media, so we didn’t see much interest. We’re trying to find a solution."

When asked if the Haitian commission set a timeline to respond to the Dominican government, Morales said "they neither stated a term, nor do we believe in deadlines."

As to standoff’s effect on binational ties, Morales declined comment, but noted: "Well, let’s wait, in this we must have … listen… first of all in diplomacy we should speak little, one must be cautious, I think prudence is the best counselor now. "