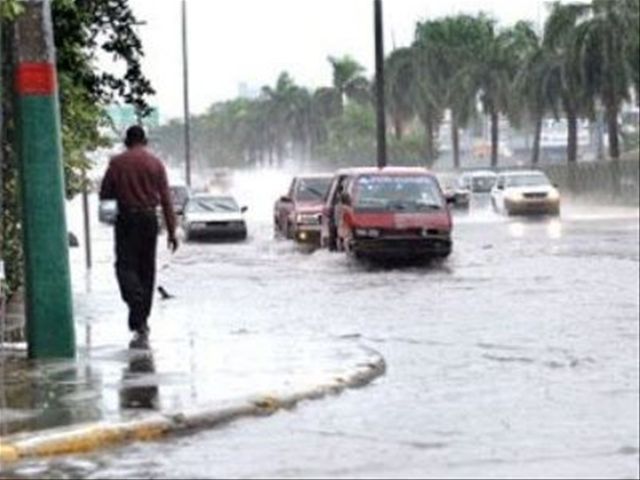 Santo Domingo.- Tropical Storm Chantal was true to forecasts all day Wednesday when dark skies hovered over the Dominican Republic while downpours halted all activities nationwide.

The storm’s closest approach to the country took place from noon to 2pm, unleashing lightning, strong gusts and torrential rains, drenching cities along the Caribbean coast.

The Emergency Operations Center (COE) lifted tropical storm warnings at noon when the National Hurricane Center in Miami downgraded Chantal to a tropical depression, although flash flooding alerts continue through Thursday from the heavy rains.

Precautionary evacuations were also ordered yesterday afternoon in some areas on concerns of landslides and 6,563 people taken to shelters.

"The worst isn’t over, the rainfall, which is causing great harm, is still there," said COE director Juan Manuel Mendez, who reiterated that southern and eastern provinces remain under alert.

He said the remnants will continue to produce showers, "so it’s important that people remain alert to the bulletins since we will receive a lot of rain, especially along the western coast."

Mendez reported the death of firefighter Juan Ramirez, in Piedra Blanca, near the central city of Bonao, who drowned while attempting to clear debris from a culvert.