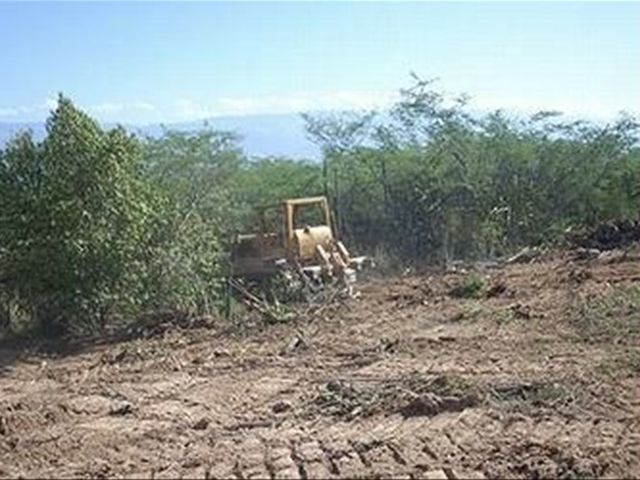 Santo Domingo. – The government’s recent start of a project for farmers displaced by the encroaching waters of Lago Enriquillo is spurring concern among local and foreign environmentalists, who say the site chosen is home to many species threatened with extinction.

“A biological reserve set aside by the Dominican government just four years ago to protect rare birds and iguanas is now being bulldozed for an agricultural settlement, “the Environmental News Service (ENS) reports.

It said on the afternoon of July 16, the Dominican Agrarian Institute, a government agency, “moved bulldozers and other heavy equipment into place to start dismantling part of the protected area called Loma Charco Azul Biological Reserve.”

ENS said the action is “one of the special projects of the Dominican Agrarian Institute in response to the flooding of Lake Enriquillo in June that forced hundreds of families from their homes.”

“But the area is arid and there is no irrigation in place, making it difficult to farm. Nevertheless, about 105 hectares are slated for immediate clearing.”

It said Grupo Jaragua, which is the BirdLife affiliate in the Dominican Republic, and local residents of Duvergé Township, “are in emergency alert trying to stop the bulldozers, notifying the media and other environmental groups of their deep concern over this sudden government-backed intrusion on both conservation practice and environmental law."

The outlet adds that the National Institute of Lawyers for the Protection of the Environment is preparing legal action against this measure, “as they claim it contravenes the National Environment Law 64-00, and sets a dangerous precedent for all protected areas of the Dominican Republic.”