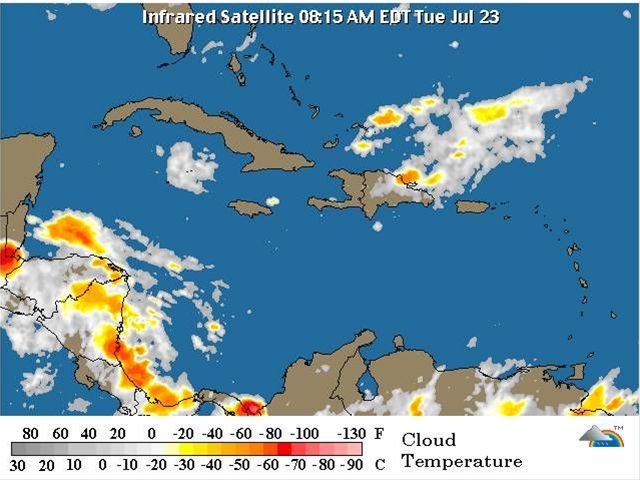 Santo Domingo.- The National Meteorology Office (Onamet) on Tuesday forecasts scattered showers and thunderstorms, from a tropical wave located over the central portion of the country.

It said although most amount of rainfall is expected over the northeast and southwest, it will gradually spread to the north, south, Central Mountains and border area.

It said temperatures will range from a high of 33, to a low of 22 degrees Celsius.

Meteorology said it watches a tropical wave associated with a low pressure system south-southeast of the Cape Verde Islands, which according to the National Hurricane Center has a 40% probability of become tropical depression in the next 48 hours.