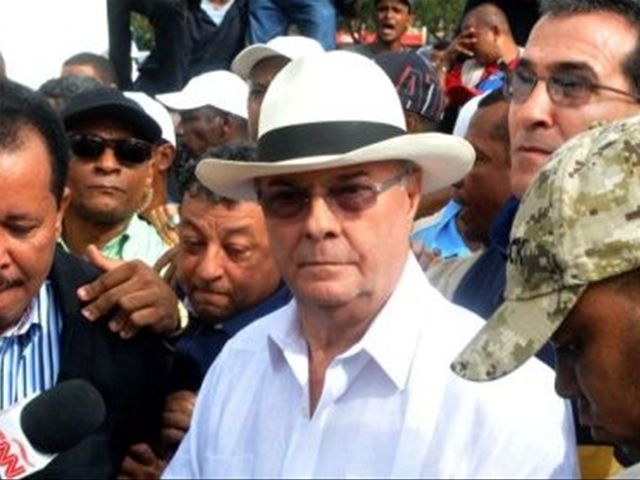 Santo Domingo.- Chanting "out the traitors, long live the PRD," thousands of opposition PRD party members of the faction headed by former president Hipolito Mejia marched toward the announced vigil in front of the Superior Electoral Court, at the downtown Centro de los Heroes.

Pickets in hand Mejia’s supporters set off from the Mirador park on Jiménez Moya Av. at 10am, to protest the high Court’s ruling which favored his internal rival, PRD president Miguel Vargas.

Senior PRD leaders Orlando Jorge Mera, Andres Bautista, Cesar Cedeño and Guido Gomez Mazara are also taking part in the march which has unleashed traffic chaos as protesters have crowded the avenue, despite the announcement that they’d use only one lane.

"Down with the traitors, save democracy. PRD, backbone of democracy" and "Out with the check-eater judges," shouted the marchers.