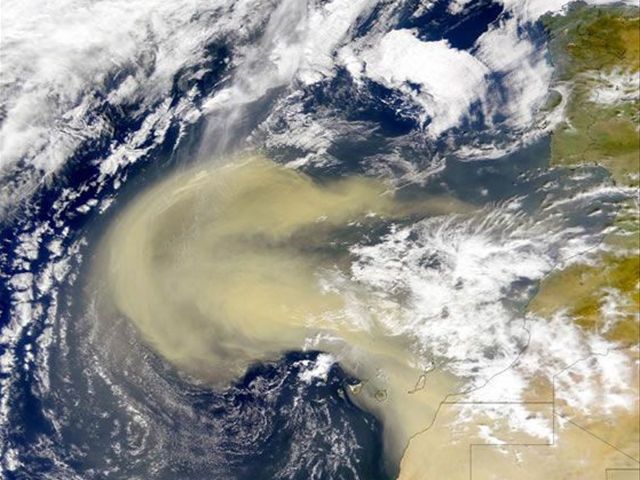 Santo Domingo.- Dominicans can expect spectacular sunsets over the territory this weekend, when the dust particles in a sandstorm from Africa’s Sahara desert reach the Caribbean, according to local forecasts.

The phenomenon which has already reached the Lesser Antilles from the middle of the Atlantic today will mean hazy skies over the country during the next three to five days, and the reddish skies will be visible mostly in the east and southeast.