Park illegally, get “the claw” 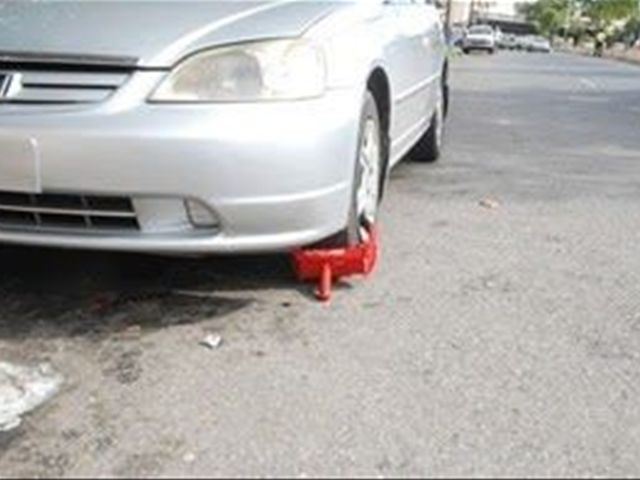 Santo Domingo.- Metropolitan Transit Authority (AMET) agents on Friday began placing lock on the wheels of illegally parked vehicles in the National District, aimed at easing traffic on the streets.

This measure adopted by the National District City Council looks to recover public spaces occupied by motorists who park their vehicles in prohibited areas.

After Amet agents place the lock its tow trucks haul the vehicles away to impound yards located at the Dog Track, and Independence with Maximo Gomez avenues, downtown.

Amet spokesman Roberto Lebron said the many office buildings which lack parking in downtown Santo Domingo, “will they have to find another alternative to spare drivers difficulties because Amet under no circumstances will evade its responsibility the Transit Law puts in its hands."

Motorists polled by elcaribe.com.do hailed Amet’s crackdown throughout the capital, and some said they expect “the claw” will be used in other big cities.