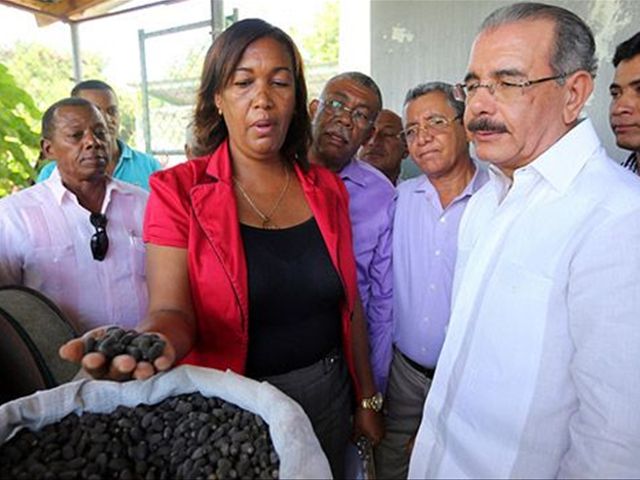 Irrigationboard president Josefa Rodríguez told the President that the four million pesoswould be spent on completing the construction of the canal used for irrigationof vegetable crops and five would go on rehabilitating and marketing their coffeecrops.

The association consists of 111 small-scale farmers who cultivate 271,000 tareas of land and the CoffeeFarmers Association is composed of 24 groups with a total of 954 members, almosthalf of whom are women.

Thepresident urged farmers to stop deforesting the mountainsides so that theycould go on enjoying the advantages of the microclimate in the valley andimprove their living conditions.

"HondoValle has a microclimate that is only surpassed by Constanza, but we must stopdeforesting the mountains. I’d like to ask the senator and the mayor to planthe reforestation of the mountains, because there is a chance of living inbetter material conditions than today and this is why I am coming to theseplaces to speak to people who can’t see me in person at the National Palacebecause they can’t go there”, said Medina.

He also metwith members of the Guayabo Farming Cooperative in Elías Piña and orderedfinancing for 200 calves and a cattle farming project in the area.

TheCooperative has 119 members, of whom 58 are women and 61 are men. Medina touredthe installations, including warehouses.