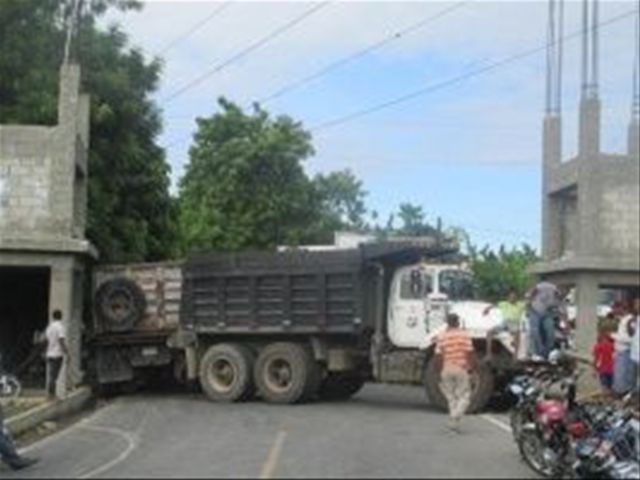 Organizers said that there had been a favorable public response to the protest,which is calling on electricity distribution company EdeSur to provide 20 hoursof uninterrupted electricity service. The company says its does not have thecapacity to fulfil this demand at present.

“I walked around the town and saw that all shops were closed and tireswere being burned and garbage was thrown on the streets,” said the priest, who reiteratedhis support for civilized protest. He said he did not know whether EdeSur wouldbe sending representatives to the area for negotiations, as some people hadclaimed. He said that although they had engaged in dialogue on severaloccasions, the community’s demands were never met.

The demonstrators prevented EdeSur from doing its work as well as bringingall commercial activities in the town to a complete standstill.