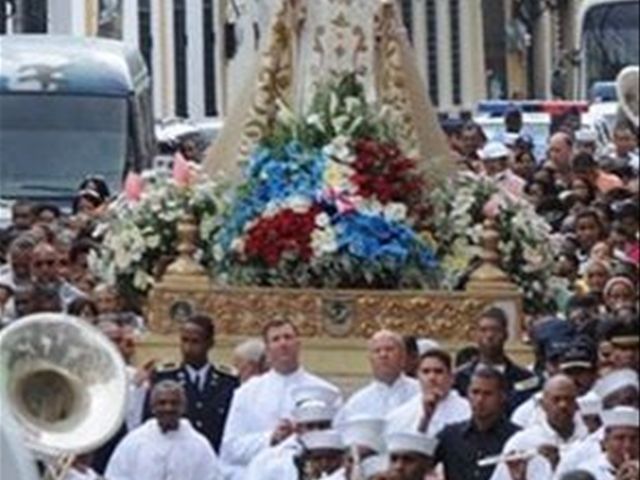 Santo Domingo.– Today, Tuesday September 24th is the 398th anniversary of the proclamation of the Our Lady of Mercies (La Virgen de las Mercedes) as the patron saint of the Dominican Republic and the island of Hispaniola as a whole.

A series of events are being held to commemorate this date, which is a national holiday. Several Masses will be celebrated in honor of the patron saint, followed by the traditional procession through the Colonial Zone.

The first apparition of the patron took place in 1495 when it’s said she spoke to a group of Spanish soldiers who were fighting the Taino Indians, according to local lore.

Our Lady of Mercies then appeared on several more occasions at Santo Cerro, where a church has been built in her honor.