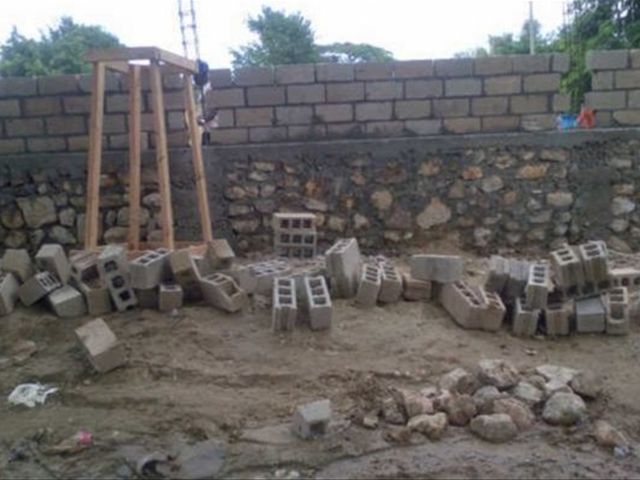 Santo Domingo.- Surprise is what townsfolk Comendador in western Elías Piña province express upon seeing a ‘wailing wall’ being built by the Haitian Government at the community Carrizal, some eight kilometers from Dominican Republic’s Immigration and Customs offices.

The wall’s construction has also sparked complaints from Haitian and Dominican merchants who claim that they will have to pay tax twice for the same goods, first at the country where exits and then at destination.

Elias Plña’s residents say the Haiti Government’s measure seeks to harm the already stressed relations on trade, noting that the crossing between the neighboring countries hasn’t concerned either nation for years.

Meanwhile a source revealed that the authorities and workers at the site are hostile towards the people who question the structure, unleashing several heated arguments between Dominican merchants.

"We know the difficulty which Haiti is going through and products arriving through Elías Piña are low priced and if taxes are increased they could experience increases in the Haitian market."

In the heels of the dispute, Military Cartographic Institute director Francisco M. Corominas said they’ll render a report next week after its technicians inspect the site to determine which territory the wall occupies.