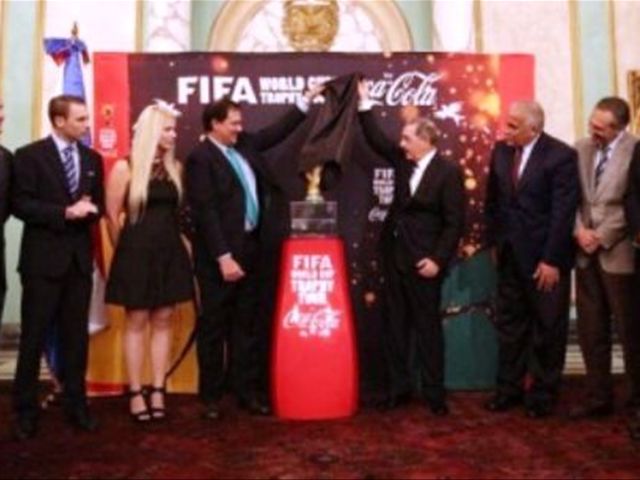 In Medina’s hands was the 18k solid gold trophy, of the World Cup of soccer, as part of its tour prior to the championship slated for Brazil in 2014.