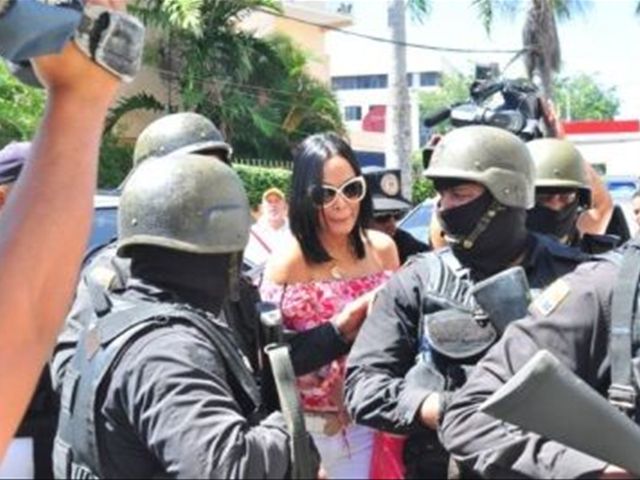 Santo Domingo.- The former wife of Puerto Rican kingpin Jose Figueroa Agosto is currently on her way from Najayo prison to the National District Office of the Prosecutor in the capital, escorted by guards in three other vehicles.

Leavy Yadira Nin Bastita, who obtained parole on Tuesday, is shown by local TV channels in a motorcade as it speeds along the San Cristobal-Santo Domingo highway toward the capital.

The San Cristóbal Sentencing judge ordered her release Wednesday morning and remanded her to a National District judge to establish the conditions under which she’ll serve the 30 months remaining of her sentence.

Nin Batista was convicted of money laundering in the country’s biggest ever drug trafficking case, and sentenced to five years at Najayo Prison.