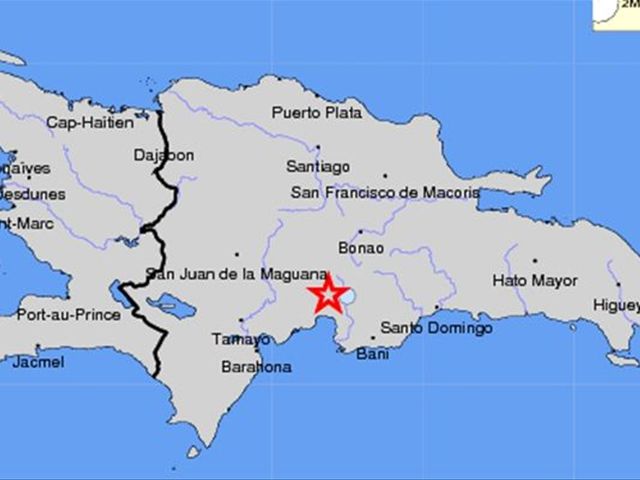 Santo Domingo.- Two tremors were felt 1am Friday in San José de Ocoa (south-central) of 3.1 and 3.7 magnitude, with no damages reported, according to the Santo Domingo State University (UASD) Seismology Institute.

UASD of seismic data manager Juan Arias said the first tremor was a magnitude 3.1, whose epicenter was southwest of Ocoa, at a depth of 32 kilometers, while the second, a 3.7, at 6:34am, was around 15 kilometers deep. He said was also felt in the nearby town of Sabana Larga.