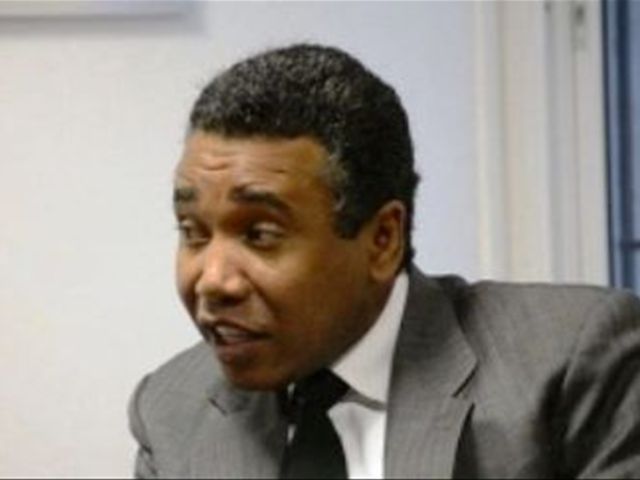 Santo Domingo.- Senator Félix Bautista on Tuesday denied he has droppedthe slander charges filed in the U.S. against the economistJaime AristyEscuder, the attorney José Alejandro Ayuso and the writer Andrés L. Mateo, just hours after the three had announced that the case was withdrawn.

The lawmaker from San Juan de la Maguana (west) warned he’llcontinue the lawsuit in Miami until concluded. "I will not negotiate; Iwill take it to the end."

"It’s false that I withdrew the suit against Escuderand the others in Miami," the legislator said on Twitter, adding that thecase venue was changed from Federal to State court, as a procedural strategy.

FILE. Economists Jaime Aristy Escuder and JuanJose Ayuso and writer Andrés. L. Mateo on Tuesday announced that senator FélixBautista dropped the lawsuit on slander filed against them in Miami.

"The reason to drop the case stems from FélixBautista’s decision and of the company The Sunland Group requesting dismissalof the case rather than respond with a first letter prepared to send to judgeGraham by our lawyer Matias Dorta, of Tew Cardenas LLPP,” said Aristy, Ayusoand Mateo in a statement handed out to reporters.

They said they’ll continue "battling Félix Bautista whetherin Madrid or wherever. This is a great opportunity to unmask those who’ve actedagainst the interests of the large majorities, improperly handling funds thatwe pay in axes," they said, while Aristy added that "this is amessage to the country that we must not be afraid to report acts of corruption."

Senator Bautista’s close relationship with the powerformer president Leonel Fernandez has made him a figure to be reckoned with inDominican society.